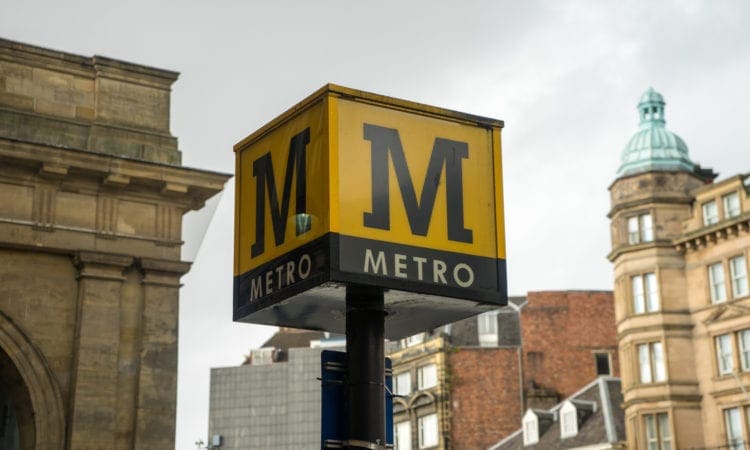 The North-East has plenty to offer visitors, although that may not include extensive railway activity. However, it is home to one of the few rapid transit systems in the UK, the Tyne and Wear Metro.

It’s a part of everyday life for locals and an essential aspect of the North-East infrastructure; here are 14 interesting facts about the Tyne and Wear Metro.

The Tyne and Wear Metro, or simply the ‘Metro’, is a light rail and rapid transit system based in North-East England, working around Newcastle upon Tyne, Gateshead, South and North Tyneside and Sunderland.

Tyne and Wear Metro is the UK’s biggest Metro system outside of London, spanning 48.2 miles. London Underground is a total 249 miles long, Docklands Light Railway is third at 24 miles and Glasgow Subway is last with only 6½ miles.

The Tyne and Wear Metro was created from a collection of existing railways, including part of the Tyneside Electrics route, underground tunnelling, freight-only lines, shared National Rail track and closed lines.

With just two lines – green and yellow – Tyne and Wear Metro has 60 stations, nine of which are underground. The green line runs from Newcastle Airport to South Hylton and the yellow line loops around the river Tyne, starting from St. James and reaching South Shields, Tynemouth and Whitley Bay.

Near 100,000 passengers use the Metro every day and there are around 40 million passenger journeys each year. The Metro has also been rated as one of the UK’s most efficient modes of transport, which is certainly reflective of its passenger numbers.

Monument is the busiest station on the network. It’s in the centre of Newcastle and is used by almost 10 million passengers per year. It’s one of the underground stations with an interchange to both operating lines on the Metro.

The Metro was the first transport system in Britain to have disability access. It was also one of the earliest to be entirely non-smoking, ahead of the London Underground which followed four years after Tyne and Wear Metro opened in 1984.

Pre Soldier, Soldier fame, Robson Green made an early appearance on an educational film for Metro. The video warns young people about safety on the Metro, including trespassing. It also reminds youngsters to pay their fares.

Tyne and Wear Metro was the first rail company to utilise advertising on trains in 1992. The first advertiser was TV presenter Suzanne Dando, advertising the Metroland funfair in April of that year. Other companies such as East Coast and Marks and Spencer have followed suit since.

In 2000 the announcement was made that a new Metro line was to be built through the city up to South Hylton. The extra 10 miles ensured that the Metro would share track with freight trains. After the completion of this new line, The Queen returned to Tyne and Wear to officially open it.

Antisocial behaviour costs the Metro hundreds of thousands of pounds each year, usually through vandalism and other destructive means. Passengers travelling without tickets also cost the Metro nearly £1 million per year.

Passenger Transport Executive, Nexus, owns and operates the Tyne and Wear Metro. It was run by DB Regio Tyne and Wear Limited, a branch of Arriva UK Trains, between 2010 and 2017, until Nexus took it back in house in April 2017.

A £362 million programme has been put into motion with Stadler of Switzerland who are said to be building a brand new fleet for the Metro. These are planned to include air-conditioning, heated floors, Wi-Fi, wider doors and aisles, charge ports and information screens. Deliveries of the new trains will commence in late 2021.