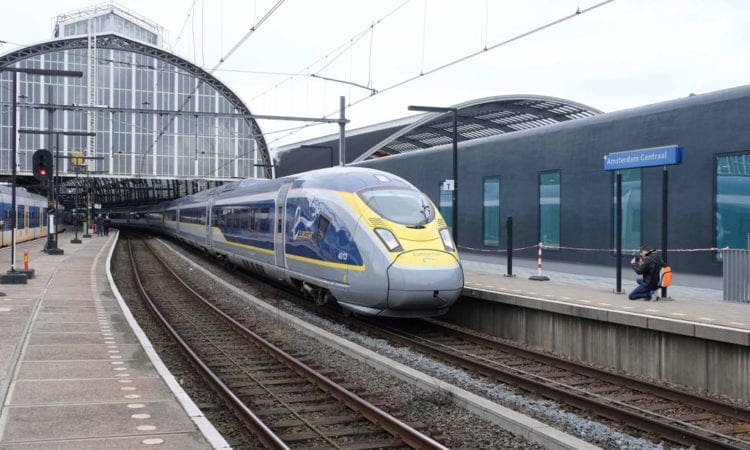 Transport Secretary Grant Shapps has welcomed a new direct Eurostar rail connection between the Netherlands and the UK to improve journeys for passengers and businesses.

Mr Shapps praised the new service, which will mean passengers returning from Amsterdam or Rotterdam will no longer have to get off the train at Brussels to go through UK border controls.

The route will also bring benefits for the environment by incentivising passengers to choose the greener option, with Eurostar estimating their trains produce between 80 and 90% fewer emissions than the equivalent short haul flight.

Secretary of State for Transport Grant Shapps said: “We’re continuing to invest in modern, efficient transport links with the continent so our businesses and tourism industry can flourish.

“The days of passengers being forced to decamp from the train at Brussels to file through passport control will soon be over, as we look forward to direct, return, high-speed services to Amsterdam and beyond.”

Eurostar has carried over half a million passengers from London to Rotterdam and Amsterdam since first launching the service two years ago. This number is expected to grow significantly following the launch of the return service and will mean that the UK will have seamless high-speed rail links with three major European cities.

Minister for Security , Brandon Lewis, said: “I’m very pleased to see today’s announcement from Eurostar. Our new agreement with our EU neighbours will make the journey from Amsterdam as quick and seamless as possible, while keeping borders secure.

“The UK’s ongoing cooperation with international partners shows, without doubt, that the UK is open for business with Europe and the rest of the world.”

Eurostar has had direct services from London to Amsterdam and Rotterdam since April 2018 but the government is finalising an agreement with France, Belgium and the Netherlands to enable passport checks to be conducted at juxtaposed border controls on departure in the Netherlands.