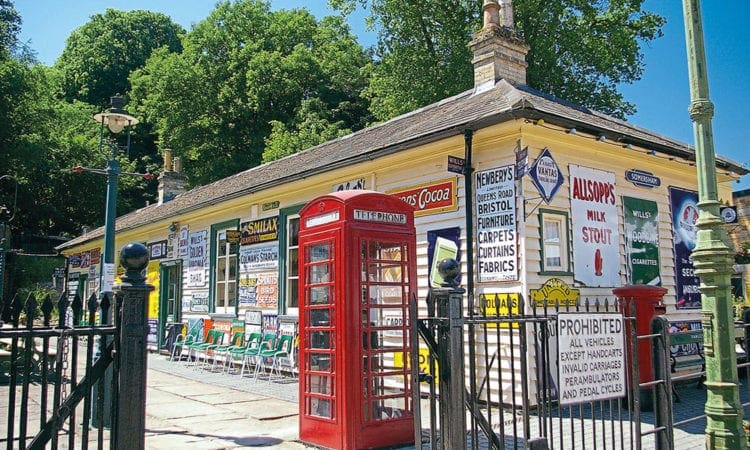 A warning to collectors to beware of a rogue antiques dealer who has been selling enamel signs stolen from the late Sir William McAlpine’s private Fawley Hill Railway in Buckinghamshire has been sounded by his widow.

We reported last month that midnight burglars had stolen 24 vintage enamel signs from the restored Somersham station building on Monday, January 6, by thieves using a crowbar to remove them from the side of the building.

Lady Judy McAlpine said that on the following Thursday, four of the signs were sold by a man who turned up at the market and car boot sale at Ford in West Sussex.

She told Heritage Railway magazine: “For some reason various people knew who had purchased the signs who – amazingly – turned out to be a retired McAlpine employee. Poor man had thought he had a bargain but had no suspicions.”

She said she was told by other dealers that the seller had recently finished a prison sentence, and uses two names. “The following week, another four signs were sold, by the same “dual identity” man at Malvern,” she said.

“By now, I assume he will have sold more of the signs to some poor soul who thinks he has a real ‘bargain’. Beware genuine signs for sale for less than £100 each!”

Lady McAlpine reimbursed the former employee who had bought the four signs in innocence, and now has them back. “The people who lose out are the taxpayers who spend their hard-earned cash on stolen goods with no hope of being reimbursed if they have to relinquish their ‘bargains,’ she added.

“I am now in the market for “fake” signs with which to dress the station which currently looks so sad as all items that can be moved, unscrewed, etc have been moved to safety where no-one can enjoy them.  If this incident frightens others who have similar stations, how sad a sight will the preserved railway world be in the future?”

She said that she had given details of the seller and his two names to police. Anyone who is offered any of them for sale is asked to contact Thames Valley Police on 101.