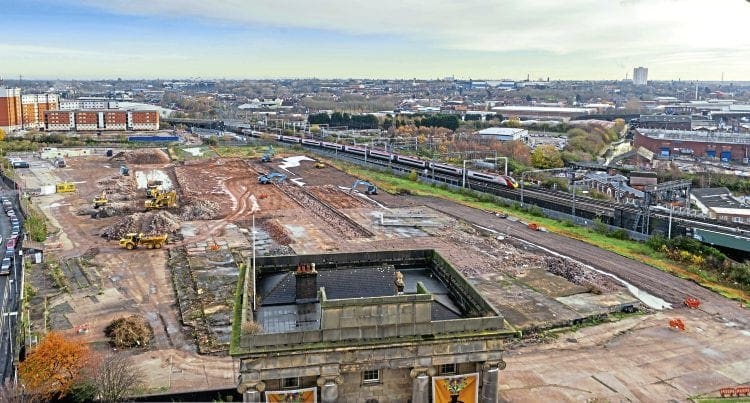 Bidders are being sought by HS2 Ltd for the £435million contract to build its new Curzon Street terminus in Birmingham.

Up to four bidders will be shortlisted in the spring for the design and build deal, which will be awarded in 2020 and deliver the project in time for the opening of HS2 Phase 1 in 2026.

Contractors are already on site at the original London & Birmingham Railway terminus, preparing the ground for construction to start.

HS2 chief executive Mark Thurston welcomed the start of the contest, saying: “HS2 is already unlocking new opportunities to create skilled jobs across the West Midlands and, over the next decade, the winner of the Curzon Street contract will go on to build one of the most exciting and high-profile elements of the project.”

Separate contracts for the Birmingham Interchange station will follow later this year.
Work is also underway to restore and reopen the original Curzon Street Station building, the last surviving part of the original 1838 station, as a visitor and heritage centre.

Read more News and Features the February 2019 issue of The RM –on sale now!