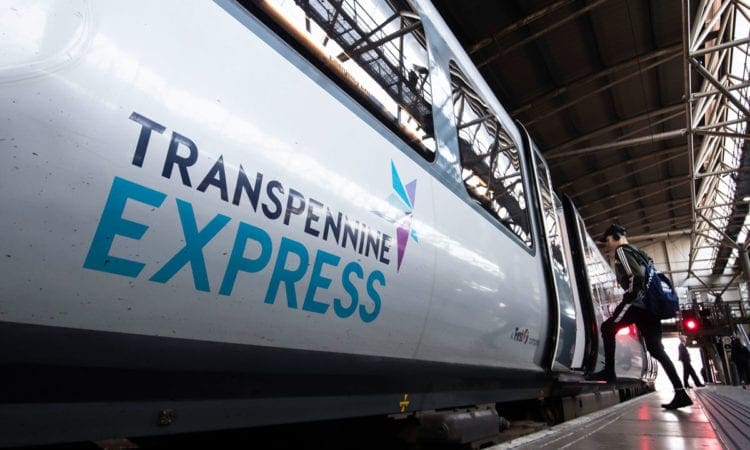 Transport for the North has set struggling train operator TransPennine Express a public target to significantly improve its performance.

Following months of disruption, TransPennine Express has been told to return its punctuality to early 2019 levels by next month. The move has been agreed by leaders in the North after the rail operator returned the “worst performance figures in the country” at the end of 2019.

The target was set by Transport for the North, a body that advises the Government on northern England’s transport needs. It will use the Public Performance Measure (PPM) of punctuality to assess the operator.

PPM is based on the proportion of trains that arrive at their destination within five minutes of the schedule for regional services or 10 minutes for long distance routes.

In the first half of 2019, TransPennine’s average daily PPM was 86%. At some points in November, it was as low as 45% amid a series of delays and cancellations.

Transport for the North strategic rail director David Hoggarth said: “Passengers in the north of England must have a rail service they can rely on. In the run-up to Christmas last year, TransPennine Express simply failed to provide what was needed.

“The operator must now build back trust and deliver what is needed.

“The new trains are welcome, and the extra capacity they bring is much needed, but service levels must be maintained as they come on stream.”

Transport Secretary Grant Shapps announced last month that services on routes operated by Northern are to be brought under public control amid major punctuality and reliability problems.

Mick Cash, general secretary of the Rail, Maritime and Transport union, said: “You would have thought by now that after the Northern fiasco transport bosses would have realised that dire threats and final warnings just prolong the agony when a private franchise holder is clearly unable to deliver.

“RMT will continue to push for TransPennine Express to join Northern and the East Coast routes under public control, along with the rest of the rail network, so that real planning for integrated and improved services free from the dead hand of the private sector can take place.”

TransPennine Express says it has experienced a series of issues such as train faults and crew shortages following the introduction of new rolling stock.