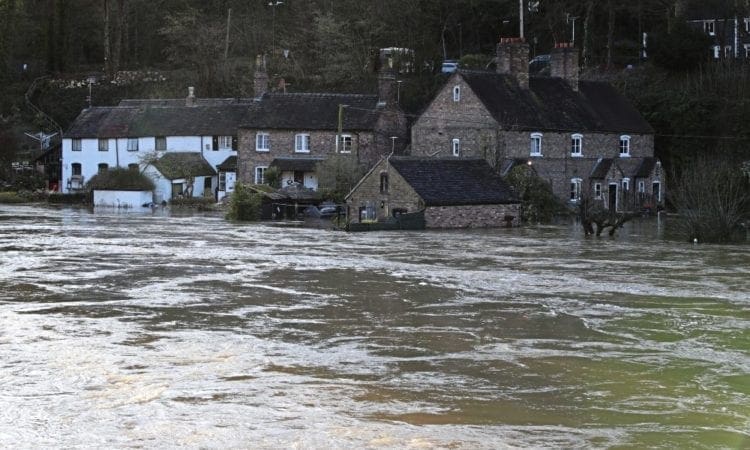 Two severe flood warnings, meaning a threat to life, are in place for the River Severn at Shrewsbury and at the Wharfage, Ironbridge. There are a further 103 flood warnings across the UK.

Network Rail said from 2pm, all lines at Shrewsbury station would be closed, except for services to and from Chester and Crewe.

Hourly inspections were carried out on the Severn Viaduct, which carries the majority of services in and out of the Shropshire town’s station.

Parts of the River Severn are nearing their highest level on record, according to the latest Environment Agency data.

The level has nearly doubled in the last 72 hours, jumping from 2.80 metres at lunchtime on February 22. It is forecast to peak this afternoon – possibly just below the record – before falling over the next 24 hours.

Along the river at Buildwas, which is just upstream from Ironbridge, the Severn had reached 6.66 metres at 1pm on Tuesday, slightly below the record for that stretch of 7.04 metres.