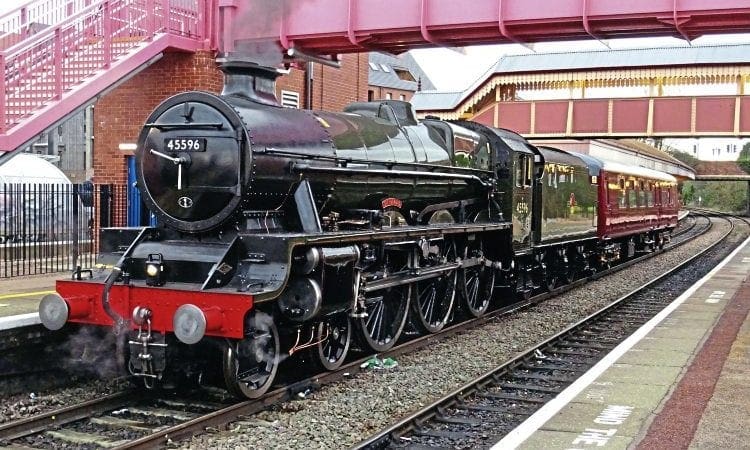 A light test run for ‘Jubilee’ 4-6-0 No. 45596 Bahamas threw up a couple of unexpected problems on January 17, but also showed why test runs are held.

The intervening months have involved resolving any snagging issues and making final preparations for a return to the main line.

TPWS problems occurred on the returning short test run from Tyseley to Stratford-upon-Avon, with the fireman’s side rear driving axle warmer than expected despite being perfectly alright since the overhaul was completed.

As a precaution, the loaded test run from Tyseley to Leicester, returning via Sheet Stores Jct and Burton-on-Trent was postponed.

Staff at Tyseley were working on the problems to make sure the loco was ready for its February 6 railtour from Oxenhope to Carlisle.