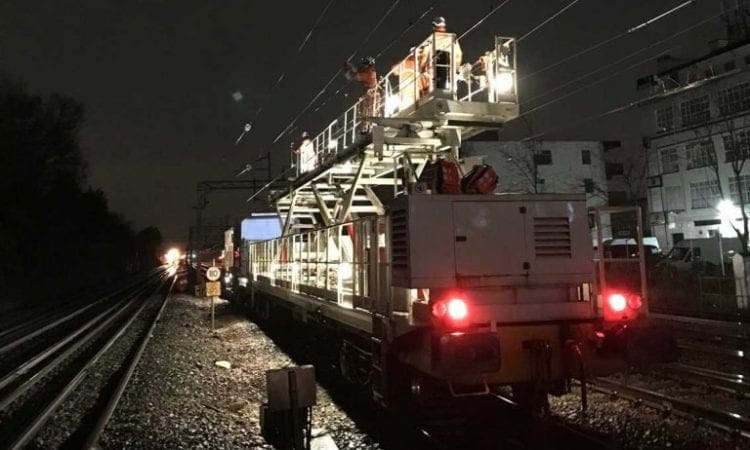 We find out exactly what happened at London Euston as the MD of West Coast Mainline South route apologises for huge delays and disruption.

Meanwhile, rail unions are calling for urgent action from politicians over the coronavirus outbreak.

What happened at London Euston?

Passengers travelling to and from London will have noticed and been impacted by delays and cancellations over the past few days.

On Saturday 7 March a rail service travelling at 125mph brought down 1,000 metres of overhead wires in the South Kenton area in Wembley. Read the full breakdown of what happened plus what Mr Dean had to say regarding delays.

The general secretary of Transport Salaried Staffs’ Association (TSSA), Miguel Cortes, is urging the Government to convene a summit this week to discuss measures to stop the spread of coronavirus across public transport.

The comments follow an emergency COBRA meeting held by Prime Minister Boris Johnson, which decided the UK would remain in the ‘containment’ phase of its response to the COVID-19 outbreak.

Ministers announced that ‘social distancing’ measures would not be introduced at this time. Read the full story here.

An office-based Transport for London (TfL) employee has tested positive for coronavirus, the government body has confirmed.

In a statement released by TfL, the organisation said: “We are working closely with Public Health England and are following their advice after a member of staff tested positive for Covid-19.

“The safety of our staff and customers is our top priority, so we are taking all necessary precautions and a deep clean has taken place within the building used by the staff member.” Read the full story here.

The Mid-Norfolk Railway welcomed the return of military freight traffic last week to its Wymondham to Dereham heritage line.

After a successful season in 2019, which saw plenty of summer steam journeys and a busy Polar Express special schedule over Christmas, one of the longest preserved railways in the UK saw sixteen wheeled, armoured vehicles, including Jackals and Panthers, transported along the line for the 1st The Queen’s Dragoon Guards.

The vehicles had been used by the soldiers of the 1st The Queen’s Dragoon Guards during the last month, while testing their skills during Exercise Wessex Storm on Salisbury Plain. Watch the traffic return to the Dereham Heritage line, plus more here.

The scheme, supported by Southeastern and Great Western Railway, is designed to help women who are usually advised to seek refuge services away from their perpetrator but struggle to raise money to pay for travel.

Women’s Aid is removing the barrier, by offering free rail travel for women seeking refuge services. Tickets will be able to be obtained through bespoke services within the Southeastern and Great Wester Railway networks. Read the full story.

Regular stream trains operate over the historic line from Nene Valley Railway to Peterborough, along an 8 mile stretch of track.

The railway has impressively featured in many television series such as London’s Burning and stunts in the James Bond films Octopussy and Goldeneye. Read the full story.

Get your weekend service updates: