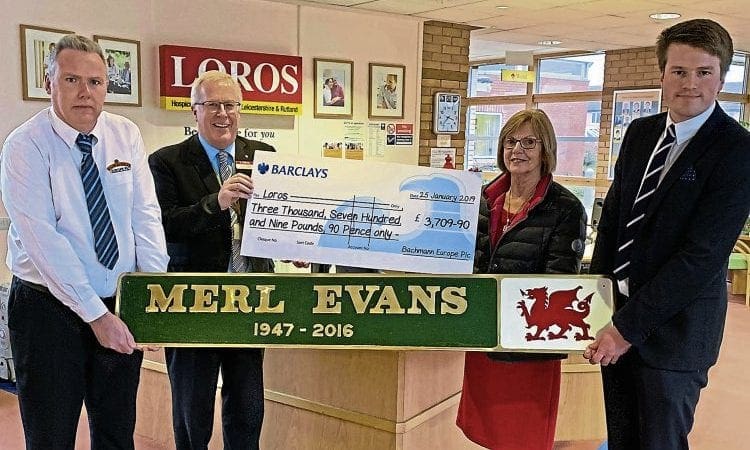 Bachmann Europe presented a cheque for £3709.90 to the Leicestershire-based charity Loros at its Glenfield headquarters on Friday, January 25.

In 2018, a model of Class 37 diesel-electric locomotive Merl Evans 1947-2016, which fittingly carries the number 37099, was released as part of Bachmann’s Branchline range of OO-scale models, and it is sales of that model that have enabled Bachmann to make the donation.

In 2016, Colas Rail named the Class 37 in tribute to Merl, who had been Bachmann Europe’s head of research and development until his retirement in 2014. He was instrumental in the development of the company’s large portfolio of OO-scale models for more than 20 years, and was an eloquent ambassador not only for Bachmann, but also the entire model railway industry.

For the full article and to view more images, see the March 2019 edition of Modelling – available now!