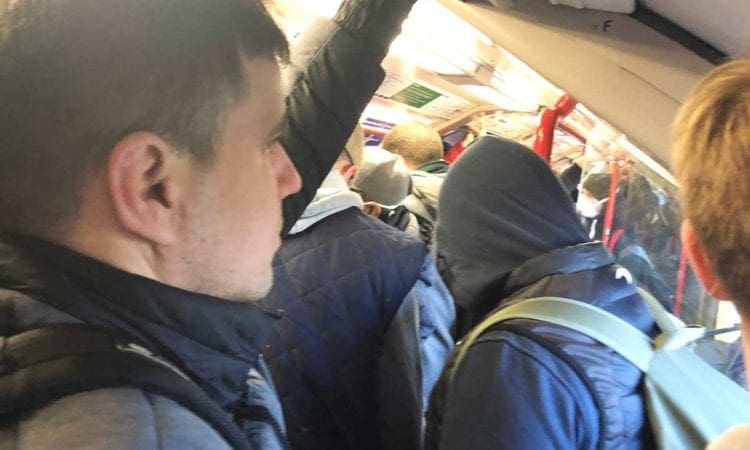 Key workers travelling on trains will have “space to be safe” under plans announced by Transport Secretary Grant Shapps.

He made the commitment to tackle overcrowding after concerns were raised about carriages being packed despite social distancing instructions aimed at slowing the spread of Covid-19.

Mr Shapps tweeted: “Concerning to see images of packed trains this a.m. The advice is clear: Stay home if possible. That is the way to save lives.

“We are working with train operators to introduce a small number of trains for key workers to have space to be safe.”

Rail timetables were slashed on Monday following a drop in demand, but the Department for Transport (DfT) is working with operators to reintroduce some services to avoid overcrowding.

A DfT spokeswoman said: “We are aware of some instances of overcrowding on certain train services this morning, and are working with operators regarding capacity on specific lines as needed to make sure there is space to be safe.”

He said he had seen images of “crush loaded platforms” which were “making social distancing impossible”.

He added: “This is endangering the health of the vital workers who have to use the system.

“The Government must act now to ensure only essential journeys are made.”

He went on: “The Government must help keep transport workers and the public safe by urgently extending financial assistance to the self-employed and other workers so nobody risks losing their income by staying at home.”

Mayor of London Sadiq Khan said: “Only those who absolutely need to should be moving around the city.

“Our critical workers are doing an amazing job in these very difficult times, and we must do everything we can to support them.”

Transport for London said passenger journeys on the Tube are down by around 87% but “more people need to stop travelling right now”.

It has suspended the Circle line and Waterloo & City line, and reduced frequencies on other parts of the Tube network. Bus services have also been cut.

The statement, signed by leaders of the Rail, Maritime and Transport union, Aslef, the Transport Salaried Staffs Association and Unite, said: “Crowded trains are a danger, not just to you, as an individual, but to the key workers who have to travel on them.