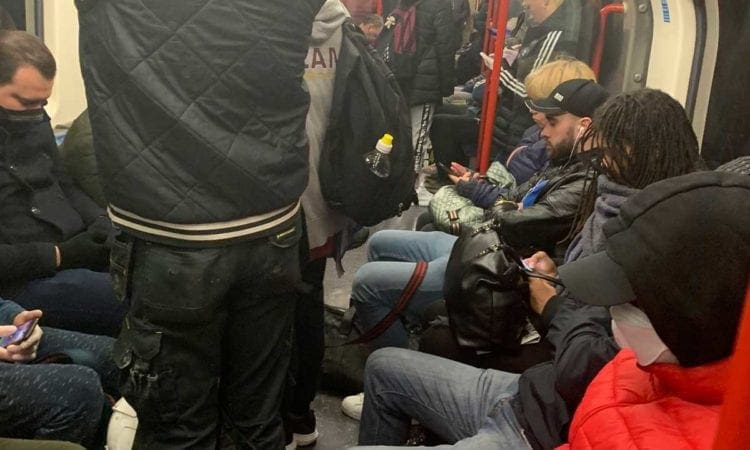 Five hundred British Transport Police officers patrolled the railway network yesterday to remind passengers that only essential travel is permitted after the UK was placed under lockdown.

British Transport Police Assistant Chief Constable Sean O’Callaghan said: “The measures announced by the Prime Minister are there to save lives which is part of the work our officers do every day.

“We are supporting rail operators and those key workers making their journeys home tonight by deploying 500 officers across the rail network nationally.

“They will be patrolling stations, supporting railway staff and reminding the public of the urgent need to follow the government advice – only those making essential journeys for work should be using the Tube and rail network.”

He added: “We strongly urge the rest of the public to do the right thing and help us save lives by staying at home and slowing the spread of the virus.”

Lockdown will be enforced

On Monday, the Prime Minister ordered people only to leave their homes under a list of “very limited purposes”, which included essential travel for work.

Boris Johnson said the lockdown will be enforced by police, and warned those ignoring them would be fined.

Concerns have been raised over the number of people travelling after pictures on social media showed overcrowding on the London Underground network.

On the first full day of the lockdown, officers were deployed across the national network.

Concerns about overcrowding on the London Underground sparked a row between the Government and Sadiq Khan on Tuesday.

The Tube is operating at around 50% of its normal capacity during peak times.

Health Secretary Matt Hancock claimed there is “no good reason” why Transport for London (TfL) reduced Tube frequencies, and it should be running in full so passengers are “spaced out”.

But a spokesman for London Mayor Mr Khan insisted ministers have been told “countless times” that TfL cannot run a full service due to levels of staff sickness and self-isolation.

He said: “Nearly a third of staff are already absent – there aren’t enough drivers and control staff to do it.”

Mr Khan’s spokesman urged the Government to “act urgently to get more people staying at home rather than going to work unnecessarily”.

TfL pledged to “continue to run as much of a Tube service as we possibly can”.

When TfL reduced Tube frequencies last week, it stated that this was “to ensure a safe and reliable service”.