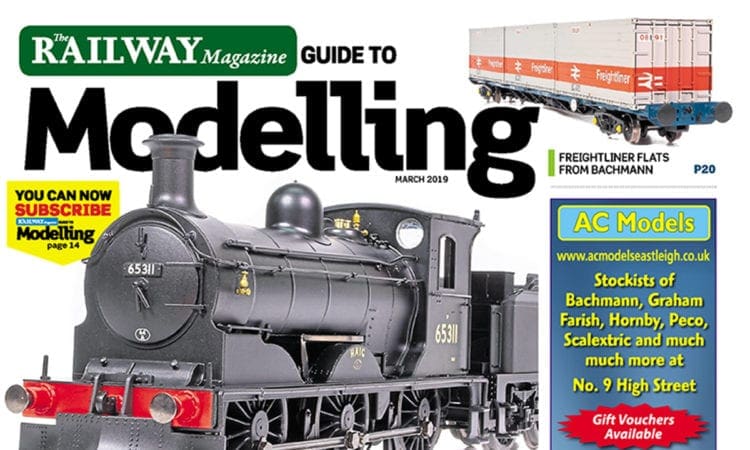 The reasons why railway modellers choose the hobby they love are so many and varied that to try to describe them with broad brush strokes would be an impossible task.

Some might be interested only in the technical aspects of modelling, and certain technophobes would be quite happy to run their trains on bare baseboards. Others might choose to use their layouts as a kind of canvas on which to paint a complete picture of railways from the period of their choosing.

While these two extremes might appear poles apart, many modelling clubs embrace the individual talents of their members to produce superb layouts boasting technical, scenic and historical excellence.

Reflecting the times on which layouts are based requires much time and thought, for there is a chasm of difference between the railways of the pre-Beeching years and those of today – and I don’t just mean as far as the trains, track and signalling are concerned.

Ian Lamb’s article about train guards in this issue got me thinking about the sheer number of people who once worked on our railways, and if our own particular layouts are meant to reflect those times, they will appear unnaturally empty without them.

Stations were thronged with porters, postal workers, parcels office and cafeteria staff as well as the train guards, ticket-collectors and station masters that one might also have expected. Articulated three-wheel Scammells scurried to and fro around station forecourts collecting and delivering parcels, and the whole scene was one of hectic non-stop activity.

This wasn’t just the case at massive city terminals either, but also at medium-sized town stations all over the country. Even small country stations had small but omnipresent quotas of railway staff, because after all someone had to issue and collect the tickets, light the fires in the cosy waiting rooms, sweep the platforms clean and help the small numbers of passengers with all their inquiries.

There were goods yards and carriage sidings all over the place, each bustling with shunters, signalling staff and cleaners, and in engine sheds large and small throughout the country, workers toiled day and night in filthy conditions, maintaining and turning round their allocations of locomotives.

Without this busy human element, though, any layout from such an era, unless it’s simply running through open countryside, will appear cold, desolate and uninspiring – but even in the countryside there were farmhands with tractors or horse-drawn implements working the fields, sheep and cows grazing peacefully, milk churns waiting to be collected from farmhouses, potatoes being picked and corn being sown or harvested.

That might be the picture from the rose-tinted spectacles point of view, but what about those modellers who prefer the modern railway scene and fully understand and embrace the many recent technological advances that model railways have enjoyed over recent years?

These have included DCC operation, sound systems, lighting for stations, streets and carriages, automatic signalling and much more besides, and those modellers who have shunned them and continue to do might be pleasantly surprised if they bothered to take a look.

Today’s model manufacturers go to endless pains to research, measure and produce locomotives, trains and items of rolling stock to a higher standard than ever before, treating railway subjects past and present with equal respect.

Railways never stand still, and neither does railway modelling, so why don’t we just start start considering and appreciating the layouts of those whose preferences might be diametrically opposite to our own – and remember, it’s a process that works both ways!

Some of you might now be bursting to give your own opinions on all this, and in some respects that’s the very reason why I have written it.

Our readers’ letters pages are always open to reflect your views, and how wonderful it would be to turn them into a proper debating chamber.

Just email RMMEditor@mortons.co.uk or write to: