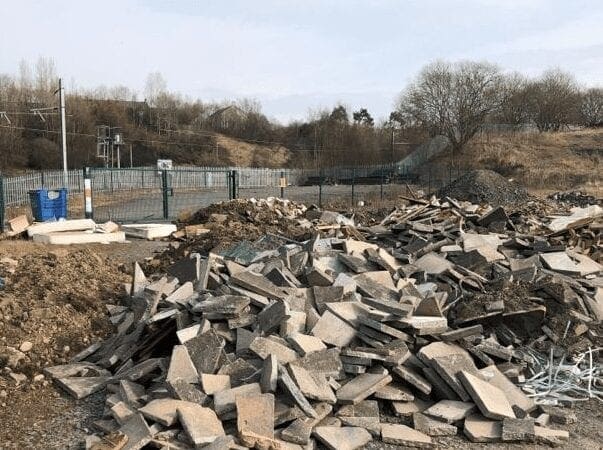 Network Rail is urging illegal dumpers to clean up their act after an increase in fly-tipping on Scotland’s Railway.

With recycling centres closed during the COVID-19 lockdown, more rubbish is now being illegally abandoned on the rail network.

Over 30 incidents have been reported across Scotland’s Railway since March, with tonnes of waste being left on railway embankments or blocking access roads and gates.

Fly-tipping is not just unsightly, it can put safety at risk – waste can slip down embankments onto tracks, while dumping at access gates can prevent engineers reaching the railway to carry-out vital maintenance work.

In recent weeks, incidents have included:

Network Rail Scotland removes over 1,000 tonnes of rubbish from Scotland’s Railway each year and works closely with British Transport Police to investigate and prosecute anyone caught fly-tipping.

Liam Sumpter, Network Rail Scotland route director, said: “Dealing with fly-tipping uses up valuable time and resources that could be put to much better use maintaining and enhancing our railway.

“Blocking access to the railway can have a serious impact on our staff carrying out their duties safely and can cause delays in quickly reaching incidents on the line.

“It is particularly important at this time, when the rail network is playing a vital role in keeping key workers and critical freight supplies on the move across Scotland.”

The public can also help to keep the railway secure by contacting Network Rail’s 24-hour helpline on 03457 114141 to report any locations where fly-tippers are abusing the railway.