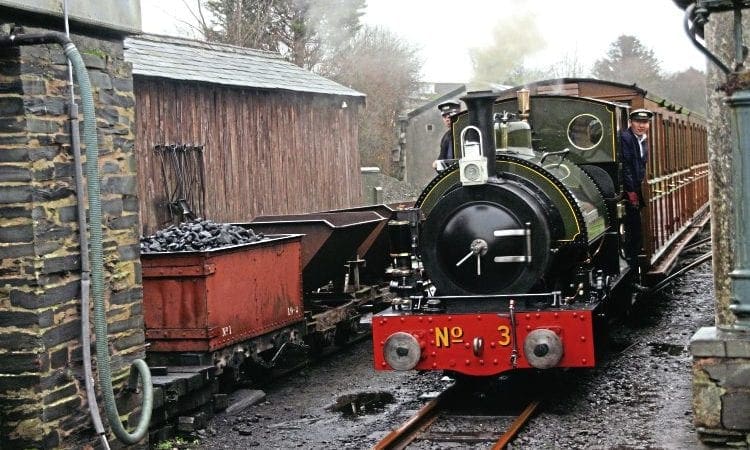 Talyllyn Railway has been celebrating a boom year – with passenger numbers soaring by 9% to above the 48,500 mark.

Furthermore, revenue in the cafe and shop rose approximately 20% and 7% respectively year-on-year.

According to marketing officer Daniel King, there were many reasons for the growth, which has followed in the wake of a review of the offering in the retail and catering outlets, as well as enhanced community engagement.

Daniel said: “We are now stocking a range of locally-made gifts and produce in the shop.

“Our cafe menu has been developed too – it’s now a taste of Wales with a twist. Our sell-out Sunday roasts have three sittings each week. We’ve sourced our meat from a local butcher – customers have responded positively to the increase in quality.”

The introduction of the Local Resident’s Discount Card has proved extremely popular too. Issued free on application by residents in the three closest postcodes, the card provides 20% off timetabled train fares, 10% off in the shop and 10% off food and drink in the line’s two cafes.

Daniel added: “Local people are coming to us for meals. Wharf station has become a true community hub – a range of social groups are using our function room. Some of them enjoy meals as part of that and others have refreshments.”