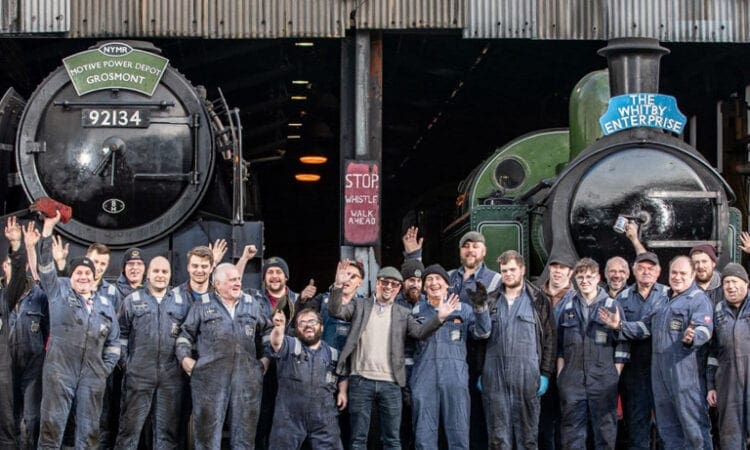 North Yorkshire Moors Railway (NYMR) has received a huge cash boost after people rallied round to help keep its future on track.

The railway, one of the UK’s most popular heritage attractions, has confirmed that is has received over £350,000 in donations to help to secure its future.

There were concerns that the NYMR may not survive the loss of visitor income.

The railway’s Crisis Appeal launched in March in response to the impact of the COVID-19 pandemic. The NYMR operates seasonally and was due to open on 4 April.

Being unable to operate has meant that the charity had to reach out to the general public for financial support over recent weeks and through a mixture of silent auctions, a virtual shop launch, Friday night quizzes, and generous donations, a hugely significant amount of money has now been raised to help the heritage attraction steam ahead.

Chris Price, general manager at NYMR said: “The public support has been overwhelming and thanks to local companies, the railway sector, and the general public who have rallied together and demonstrated their support over the past three months, I’m optimistic about the railway’s future.

“We are busy readying ourselves to be open for the summer and finally get our attraction up and running for the 2020 season.

“But with our plans to reopen, come further costs. To give an idea, a broken locomotive spring costs about £1,000 to replace, a new boiler pressure relief valve £2,500, a live steam injector £5,000, and to reprofile a locomotive’s tyres costs around £10,000.

“All essential if we are to welcome visitors aboard once more so the next few months are undeniably going to be a challenge for us.”

In order to help save money for essential costs, the NYMR has made the difficult decision to cancel this year’s annual Steam Gala event, which was originally planned for September.

Mr Price said he knew the cancellation would be a ‘real disappointment’ for enthusiasts, but ensuring the attraction has a future beyond the summer is paramount.

“To help save vital funds where we can, we’ve had to make the difficult decision to cancel this year’s annual Steam Gala event, which was originally planned for September. This will no doubt come as a real disappointment for many, ourselves included as the event is one of our highlights, but we’re doing everything we can to ensure we have a future beyond the summer.

“We just need your continued support to help us get through this last stage and over the final hurdle in our mission to begin operating once more.”

For full details about the appeal, or how you can donate, visit nymr.co.uk/crisis-fund