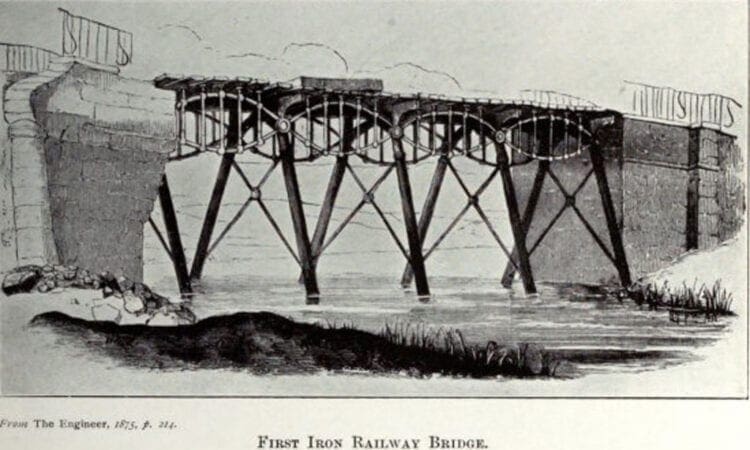 The news comes as the museum reopened to the public on Tuesday for the first time since it closed on March 17 because of the COVID-19 pandemic.

The bridge, designed by George Stephenson, will return to County Durham for permanent display at Locomotion.

Timeline of the Gaunless Bridge

Gaunless Bridge was built in 1823 in Newcastle upon Tyne, spanning the River Gaunless in West Auckland, County Durham, on the Stockton & Darlington Railway.

The bridge was dismantled in 1901 and carefully preserved. It was later rebuilt for an exhibition commemorating the 100th anniversary of the Stockton & Darlington Railway in 1925 and then became a centrepiece of the North Eastern Railway’s museum which opened in York in 1927.

The bridge was moved to its current location in York as part of the development of the National Railway Museum which opened in 1975.

The move of the Gaunless Bridge to Locomotion is the latest addition to an ambitious conservation project effort, including the preservation of a series of important historic buildings.

Seven buildings are being preserved, including railway cottages, the goods shed and parcel office. The buildings add to the rich history of the area in terms of connections with the Stockton & Darlington Railway, Timothy Hackworth, and the development of the railways.

As well as preserving its historic buildings, a £4.5m plan will see the construction of a new, 4,000m2 ‘Building Two’, close to the existing visitor centre which will almost double the amount of covered space available to the public. The building will house up to 50 vehicles from the national collection, bringing the total number of rail vehicles at Locomotion to more than 120.

Judith McNicol, Director of the National Railway Museum, said: “When we closed the doors of Locomotion and the other museums in the Science Museum Group in March, none of us knew when we might be able to welcome back visitors. So being here today in Shildon to celebrate the re-opening of Locomotion is a hugely significant and emotional moment.

“I am incredibly proud of the work that the team here in Shildon have done to make the museum a safe space, ready to be enjoyed once again by visitors. Our museums are nothing without them.”

Sarah Price, Head of Locomotion, said: “Gaunless Bridge is an object of tremendous historical, cultural and technological significance for the North East of England. Bringing it to Locomotion will return it to the route of the Stockton & Darlington Railway, give a focal point to the redevelopment of the museum and restore a great source of local pride and identity to the community in which the museum sits.”

Chris Droogan, Managing Director of Cleveland Bridge said: “We are delighted to be able to support the return of the Gaunless Bridge back to Shildon. This is a major part of the North East’s industrial rail heritage and as an internationally renowned bridge builder from the North East, we are proud of our roots and the significance this area played in the transformative railway industry”

Terry Collins, Chief Executive of Durham County Council, said: “It is absolutely fantastic that Locomotion has been able to reopen safely to the public and will once again welcome visitors to the museum. The Gaunless Bridge is an important part of County Durham’s heritage, and railway history globally, so the move will not only see this piece return to its cultural home but will attract visitors from across the county and further afield who will all be eager to see the new exhibition.”

As part of preparing for re-opening, the museum at Shildon has introduced some significant changes designed to keep the site safe and comfortable. Visitors will be required to book a timed slot in advance. Tickets are free and available from the museum’s website, and overall visitor numbers will be limited each day to avoid overcrowding.