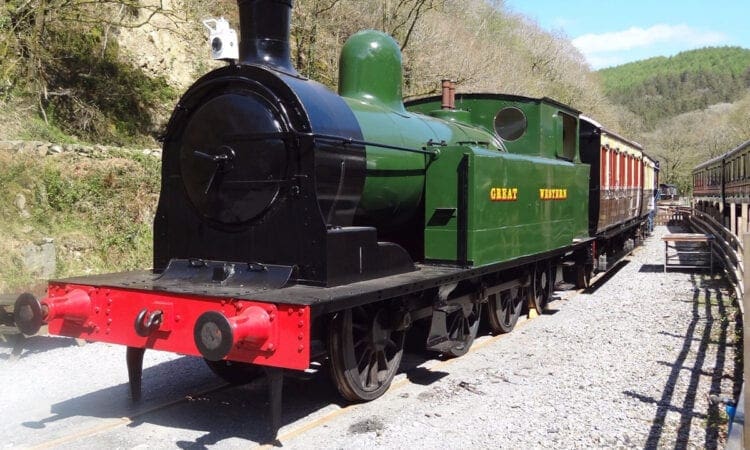 The National Railway Museum and the Gwili Vintage Carriage Group have signed a three-year overhaul agreement to bring the last surviving Welsh standard gauge locomotive back into steam.

Originally agreed in October 2019, plans to begin the overhaul of Taff Vale Railway No.28 were disrupted by the nationwide COVID-19 pandemic. However, the easing of restrictions has enabled the agreement to be finalised.

The locomotive will be based at the Gwili Railway near Carmarthen and will be overhauled onsite by the railway’s inhouse engineering team at an estimated cost of £160,000.

Work is expected to be completed in 2024, after which the locomotive will operate passenger services on the heritage railway line, the first time the engine will have operated in steam in over thirty years.

David Murray, the Gwili Railway’s Project Manager for the overhaul, is thrilled with the overhaul plans.

“I am pleased to confirm the overhaul agreement has now been signed which will enable the overhaul to begin. Since October, much behind the scenes work has already taken place, with the refurbishment of parts and equipment to be used in the overhaul and 3D CAD drawings prepared for components that will need casting. The fundraising team is working away in the background on a number of innovative fundraising ideas which we look forward to announcing in the coming months.”

Taff Vale Railway locomotive No.28 was built at Cardiff Works in 1897 and is the last surviving Welsh-built standard gauge locomotive. The 0-6-2 tank engine spent almost 30 years hauling iron and coal trucks in South Wales and is a unique surviving example of the area’s industrial heritage. The locomotive has been on static loan under the care of the Gwili Vintage Carriages Group since 2014.

National Railway Museum, Director Judith McNicol, said: “I am pleased to confirm a new overhaul agreement with the Gwili Vintage Carriage Group which will provide a really positive future for the locomotive and celebrate an important part of Welsh railway history. I look forward to seeing it return to steam for the first time in 30 years.”

The Gwili Railway was established in 1975 on a section of the Carmarthen to Aberystwyth railway line that closed to passenger traffic in 1965. The railway became the first standard gauge preserved railway to operate in Wales when it re-opened a half-mile section of the Carmarthen – Aberystwyth route. Since then, the railway has expanded to Danycoed and the company hopes to expand to Llanpumsaint.