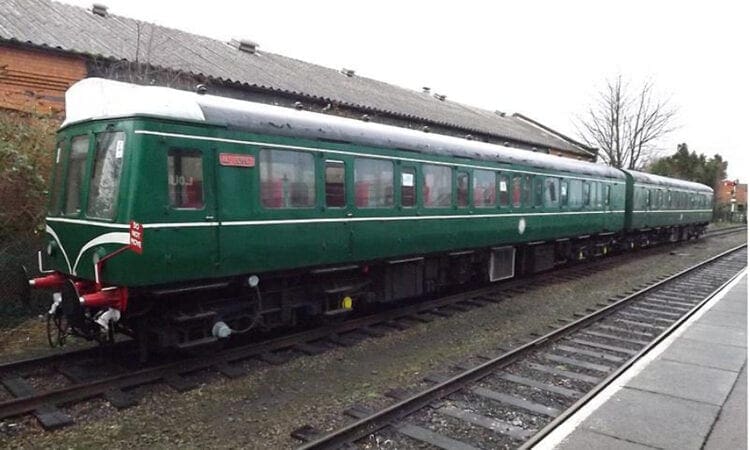 The Helston Railway is appealing for funds to ensure that its newly-acquired Class 127 DMU set will be ready for service in 2021.

Before the COVID-19 pandemic, the railway bought the two-car set comprising power cars Nos. 51616 and 51622, two of only six that survived in preservation.

No. 51616 – named Alf Benney after a former driver – has arrived at the railway, while No. 51622 is still at the Great Central Railway, the set’s long-time home.

While the Helston Railway is running an appeal help pay expenses like rent, insurance, telephones following the loss of income during the enforce closure, funds to get the pair ready to service have run dry despite a commitment to refurbish them and prepare them for traffic.

The Class 127 is seen as an important addition to the fleet and which will provide improved passenger visibility of the scenery that the line runs through as well as providing additional seating capacity to supplement the brake van and suburban coach currently used for services.

The Class 127 will not be the only DMU at the railway as its own the only surviving complete Class 103 unit with power car No. 50413 and driver trailer No. 56169, which began their lives in preservation on the West Somerset Railway. This unit is under restoration currently used as the buffet and waiting room.

A spokesperson from the railway said: “The Helston Railway isn’t a big heritage railway, but like so many others it has a heart of gold. The heart of gold is the dedicated band of volunteers who are determined to see as much as possible of the Gwinear Road to Helston line reopened.”

If you would like to donate to the Class 127 appeal, visit the donation page at www.helstonrailway.co.uk/donation/