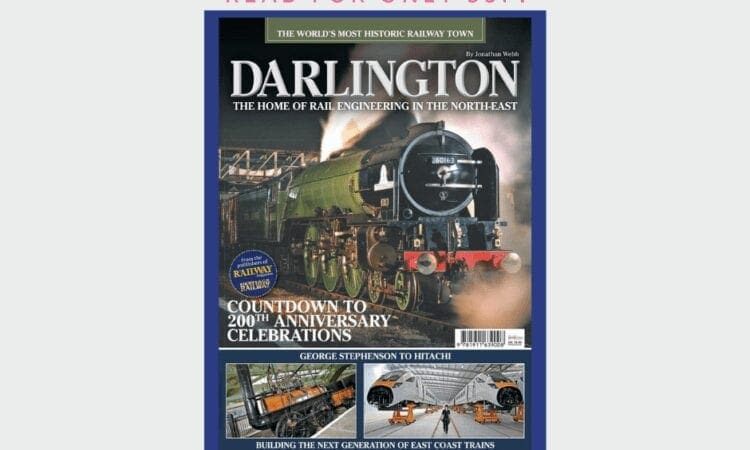 When Locomotion made its pioneering run in 1825, no one could have envisaged that, 200 years later, countries from all around the world would have embraced this technology, enabling whole swathes of the globe to be opened up to freight and passengers alike.

Ironically, it was coal, not people, that became the driving force behind the invention of the railways, with mine owners looking for an efficient alternative to canals to be able to move coal around the country and to the docks for export.

Everybody has heard of Rocket, and it is almost as famous as Flying Scotsman, but Locomotion was the real railway pioneer, something that has the opportunity to be emphasised in 2025 with the bicentenary of the Stockton & Darlington Railway, which promises to be an event not to be missed.

Although much of the original route is in a woeful condition, plans are afoot to rectify this in time for 2025, with part of it being turned into a cycle route. Locomotion may be but a distant memory, but Darlington is still at the forefront of rail engineering.

The massive Hitachi factory at Newton Aycliffe is responsible for the new generation of East Coast and Great Western express trains, along with the successful class 385s for ScotRail. In one respect, the wheel has turned full circle, for it was the UK that supplied Japan with its first trains! Hitachi is confident that more orders will come its way once the current contracts finish.

Locomotive building of a slightly different variety, but still very exciting, is in the shape of the A1 Steam Locomotive Trust, which built the famous Tornado in 2008 and is now in the process of building 2007 Prince of Wales, which will, in due course, be followed by a K4.

The main station at Darlington is a work of beauty. It’s just a pity that it is often overlooked in favour of York station, a few miles south along the East Coast Main Line. The latter station may well be bigger, but Darlington is well worth a visit, as is the nearby North Road station, along with the adjacent Head of Steam railway museum, a facility that was once threatened with closure.

Thankfully, the council was forced into retreat once it became clear that local people had other ideas. This historic facility is now only open part time, but at least it’s still open.

One of the lesser-known ‘locomotives’ to be built in Darlington is the brick A4, located a short distance outside the city centre. Not greeted with universal admiration when it was unveiled, it has become an integral part of the area and certainly helped generate a lot of press interest at the time of its construction.

Despite looking to the future, Darlington has not forgotten its rail heritage. Thanks to the commitment of 21st century enthusiasts, a number of steam locomotives – the most famous of which is 60163 Tornado – are being built and preserved for future generations, putting the town well and truly back on the railway map.

For a limited time only, you can read the digital version of Darlington, The Home of Rail Engineering in the North-East for just 99p. Click here to find out how!