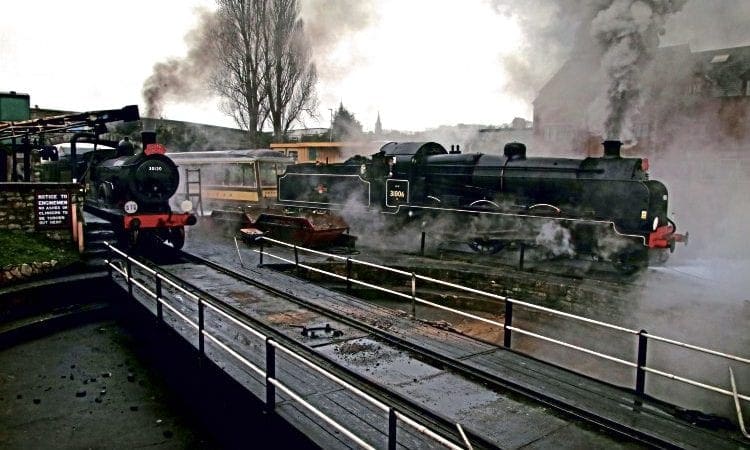 Just over 13,000 passengers were carried on the grant aid-funded 60-selected day trial train service from Swanage to Wareham on Tuesdays, Wednesdays, Thursdays, Saturdays and Sundays between June 13 and September 3 in 2017, above the target figure of 12,000 passengers that had been outlined in the Purbeck Community Rail Partnership business plan.

However, the service ran at a loss because of the cost of hiring an outside party, West Coast Railways, to run them, and having to use diesels at both ends because of the lack of run-round facilities at Wareham.

The railway has therefore been waiting to resume the Wareham timetable until the refurbishment of its own two DMUs – a Class 121 ‘bubblecar’ and a three-carriage Class 117 unit – by Arlington Fleet Group Ltd at Eastleigh Works is completed.