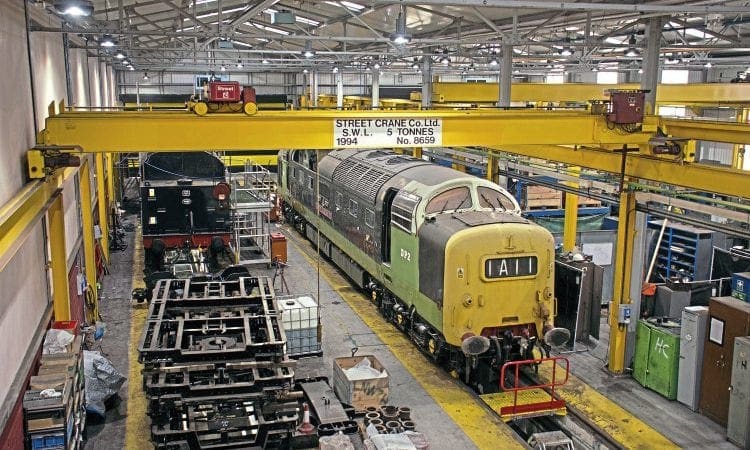 Tickets for the summer open day at Crewe diesel depot will go on sale at 10am on February 6th.

A planned line-up of more than 30 locomotives and units means the event is shaping up well, according to organisers.

The charity All Change event is being held at the Locomotive Services Limited (LSL) depot, next to the station, which has undergone an amazing transformation since Jeremy Hosking decided to base his railway operations there.


Virgin Trains staff based at Crewe station are organising the event with LSL and The RM as media partner. Money raised will be donated to the NET Patient Foundation, which helps sufferers of neuroendocrine tumours, and the Rethink charity, which provides help and support for people affected by mental illness.

The heritage railway sector will be represented by prototype HST power car No. 41001, a ‘Western’, Class 31, 33 and 46, fresh from the Severn Valley Railway gala, plus a Class 50, probably one in GB Railfreight livery.