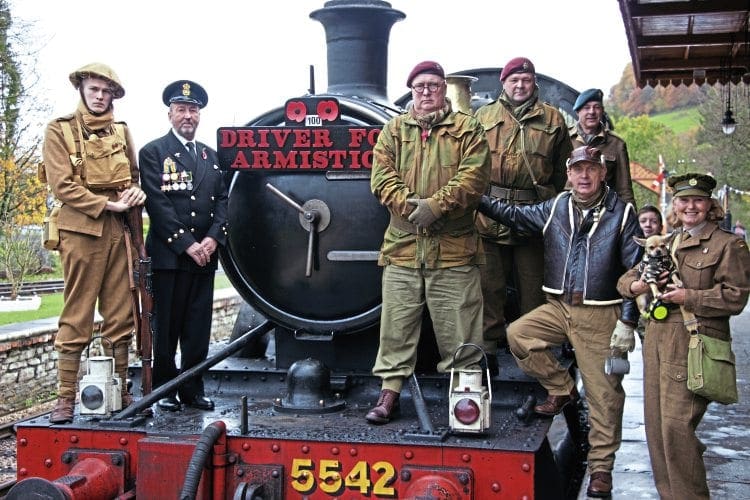 All places were taken, and the SDR was able to make a donation of £630.33 to the veterans’ charity as a result.

A small display of military vehicles was on view outside the station as an added attraction.

Here, some of the military personnel and re-enactors join No. 5542 between sessions. JOHN BRODRIBB