TRAIN operators, Network Rail and many others held events in the lead-up to the 100th anniversary of the end of the First World War and Remembrance Day on November 11.

Some trains were specially named, notably GWR, with its unveiling of IET No. 800306 giving the names of all 2,545 men who worked for the GWR and died during the war. 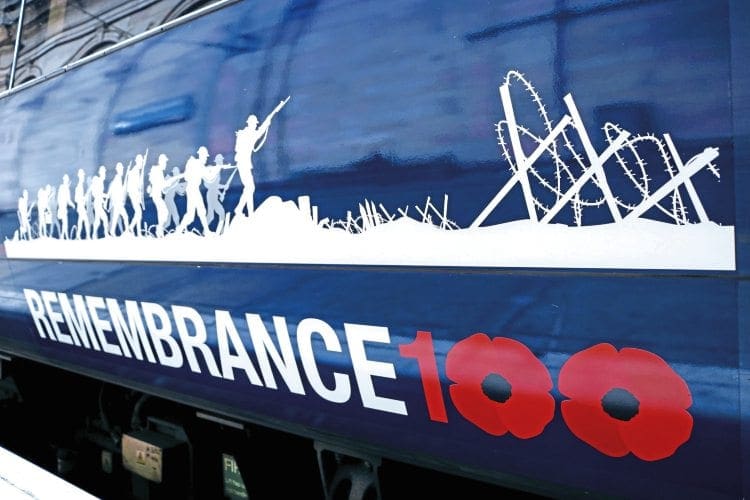 The Hitachi set was named after two of those who died, Flight Sub-Lieutenant Harold Day DSC, the only railway man to become a flying ace, and Lance-Corporal Allan Leonard Lewis VC, whose name has historically been omitted from the GWR Roll of Honour.

Read more and view more images in the December issue of The RM – on sale now!