ONE of the original nameplates from ‘A3’ Flying Scotsman was sold for a record £64,500 plus
buyer’s premium at the GW Railwayana auction in Pershore on November 17. The buyer was an unnamed online bidder.

The hammer price beat the previous record of £60,000 for ‘A4’ nameplate Golden Fleece. 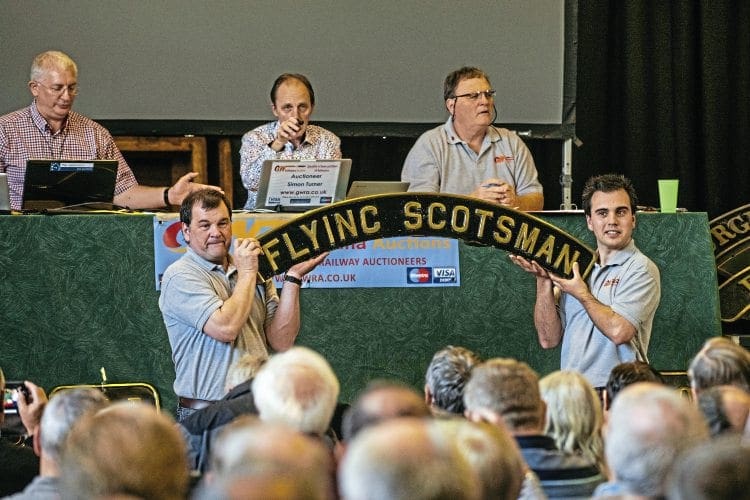 This plate is from the right hand side and has the number 103, its 1946 LNER number, chiselled into the bottom of one of the mounting webs.