VINTAGE Trains (VT) was set to return to full main line steam charter operation as an independent train operating company on November 29 with the first of its new ‘Polar Express’ festive specials from Birmingham Moor Street.

The trains are based upon the 2004 film of the same name, and are scheduled to run four times a day on Thursday, Friday and Saturday, and five times on Sunday, every week up until December 23. 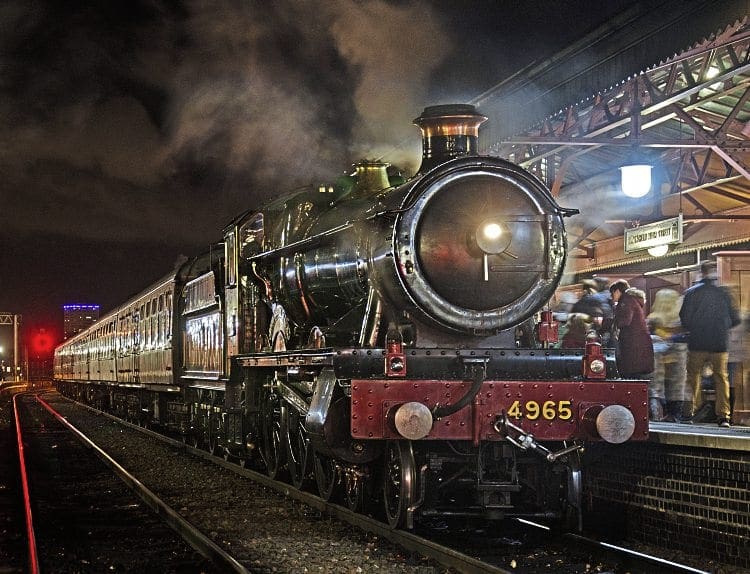 The experience is described by VT as “full theatrical re-creations of the classic children’s tale”, with train scenes from the movie brought to life on board by a troop of actors, as dancing chefs and waiters serve cookies and hot chocolate to passengers.

At the ‘North Pole’ (Tyseley depot) the trains are greeted by Santa, who later joins the train and presents every child (and adult) with a special souvenir gift on the return run to Moor Street.

The ‘Hoover’ was provided owing to there being no run-round provision at either end.

VT press officer Denis Chick said: “The whole team is very focused on making this a great success so that we can give it serious consideration for 2019.”