OFF-LEASE set No. 315850 has been sent for scrap after a number of Class 345 ‘Aventra’ EMUs were accepted by TfL Rail for use between London Liverpool Street and Shenfield.

The Eversholt Rail-owned set had been in store at Wolverton Works, but on October 20 it was hauled to Booth’s scrapyard, Rotherham by Rail Operations Group Class 37 No. 37800 Cassiopeia. 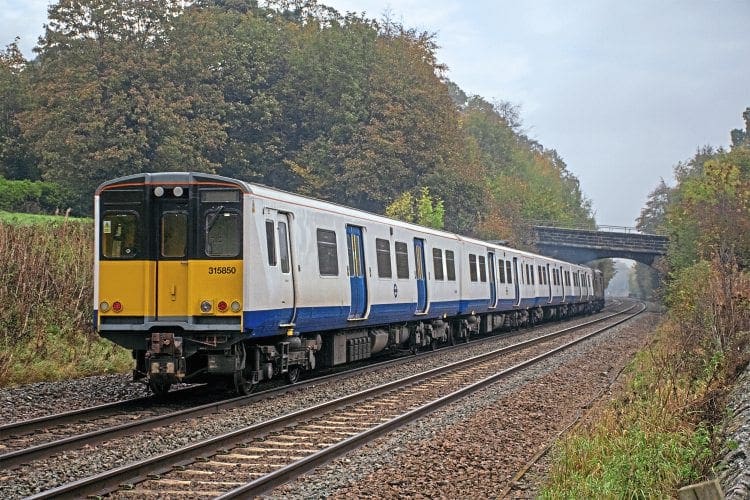 TfL Rail has 36 other Class 315s to be withdrawn, while London Overground has 17 units used on West Anglia services, which will be replaced by Class 710 ‘Aventra’ units.