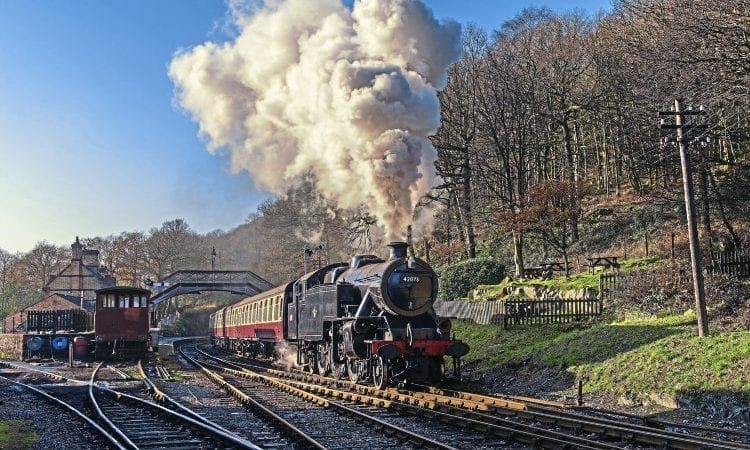 LAST Easter’s opening of the Gloucestershire Warwickshire Railway’s (Gloucs-Warks) extension to Broadway has seen all passenger records tumble for 2018, witnessing a passenger figure increase of more than 40%.

Yet the Gloucs-Warks is not alone in reporting passenger growth, and the majority of the railways that responded to The RM’s enquiries prior to going to press came back with positive news on visitor numbers.

For the Gloucs-Warks there was always an expectation the opening of Broadway station would result in an upturn in passenger numbers, but few could have envisaged quite how dramatic that increase would be.

Altogether the railway carried more than 144,000 passengers during the year, compared to 101,000 in 2017; an increase of 42.5%. The number of tickets sold at the railway’s booking offices and online, excluding party bookings, driver experience, fish and chip specials and Cheltenham race day trains, rose by an astonishing 49% to slightly more than 125,300.

The East Lancashire Railway (ELR) has also reported an upturn in visitor numbers, with more than 200,000 visitors in 2018; more than 40,000 travelling on the line’s ‘Santa Specials’ alone. This puts the ELR in the top bracket of visitor attractions in Greater Manchester, with only Manchester United’s Old Trafford stadium tours attracting more people.