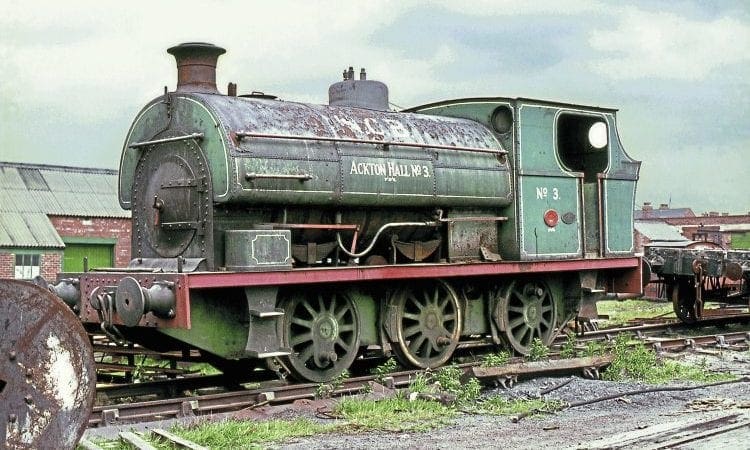 THE Foxfield Railway (FR) has set itself the target of completing the restoration of its unique Peckett ‘X2’ 0-6-0ST Ackton Hall No. 3 in time for the locomotive’s 100th anniversary in 2020.

Identifying the amount of work required to return W/No. 1567 to steam has been ongoing since it arrived at Caverswall Road after its purchase from the National Coalmining Museum at Wakefield in July 2015.

The boiler was lifted in 2017, and the bottom end has been stripped back to the bare frames, the motion dismantled and the wheels coming out in late-2018.


The good condition of many of the parts would suggest a full overhaul rumoured to have taken place in 1965/66 did actually take place.

“Mechanically it’s in much better condition than it should be,” said FR chief engineer Matt Healey. “For example, the 16-inch cylinders are still 16 inches, with no sign of re-boring and no liners fitted. The valve gear will need re-pinning, but that’s about all as it’s in remarkably good order.”