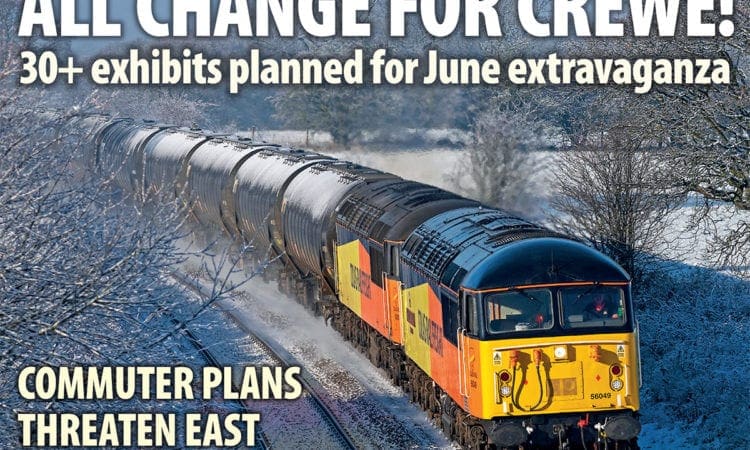 Panorama
Our regular gallery of the best railway photography from around the world.

Heritage Diary
Details of when Britain’s unique collection of heritage railways and railway museums are open.

Les Nixon: 70 Years Behind the Lens
Nick Pigott interviews one of Britain’s best, and most prolific railway photographers, still contributing to railway publications seven decades after taking his first shot in 1949.

Saving a Main Line Railway
50 years ago, the first seeds were sown in a bid to save a section of the Great Central Railway in Leicestershire. Graham Oliver, the railway’s former chief executive, recalls the early days of what would become the country’s only double-track main line preserved railway.

Re-creating Ivatt’s LMS Diesel Pioneer
The scrapping of Britain’s first main line diesel locomotive in the 1960s left a missing link in the story of modern traction which the Ivatt Diesel Re-creation Society is working to fill.

Get hold of yours now! Or better yet, save money and subscribe to The Railway Magazine now! Just click here to get started.