Fifty years ago, despite the huge numbers of objections, The Waverley Route from Carlisle to Edinburgh was closed. 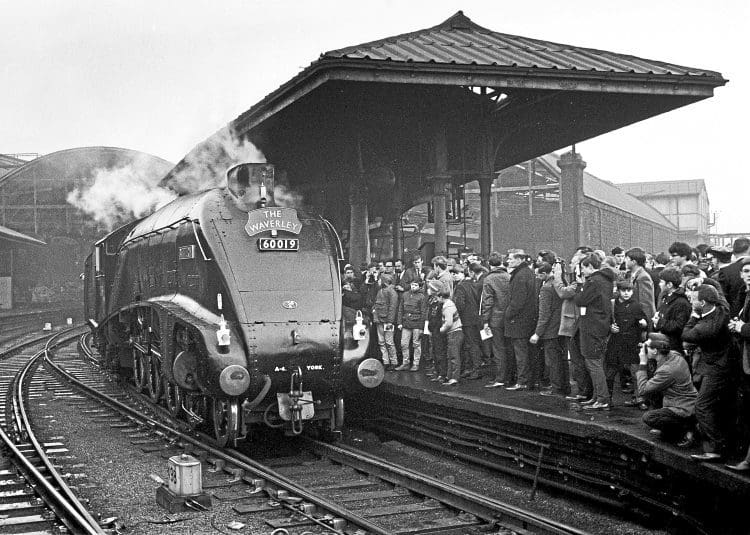 Trevor Gregg looks at the history of the route and shares his recollections of both the line and his journey on one of the farewell tours.

Fifty years ago, on January 6, 1969 one of the most bitterly-opposed railway closures occurred. This was the Waverley Route, the main line through the Scottish Borders linking Carlisle with Edinburgh.

The axing of the 98-mile route was considered to be the worst of all the Beeching cuts and left the Scottish Borders as the only region of Britain without a railway. It also resulted in Hawick, 53 miles from Edinburgh and 45 miles from Carlisle, becoming the largest town in the UK furthest away from a railway station.

Earmarked for closure in the 1963 Beeching Report, it was not until July 1968 that the Minister for Transport, Richard Marsh, authorised the route’s closure. On the last day of service there were protests at all the main stations on the line.

The train was greeted at Galashiels by a large group of protestors and it was here that the young Liberal MP David Steel, now Lord Steel, joined the train. Lord Steel had been an active campaigner for the retention of the route, but he was unable to persuade British Railways or the Minister of Transport to change their minds.

At Hawick, a replica coffin, addressed to the Minister of Transport, was loaded onto the train.

There was further drama to come when in the early hours of the Monday morning, the train arrived at Newcastleton. The local vicar, the Rev Brydon Maybon, together with a
group of parishioners, held a sit-down protest on the level crossing after locking the crossing gates.

Police were summoned and arrested Mr Maybon, but could not move the protesters or unlock the crossing gates. Lord Steel was asked to intervene and he arranged for Mr Maybon to be released if the protestors would unlock the gates and disperse. 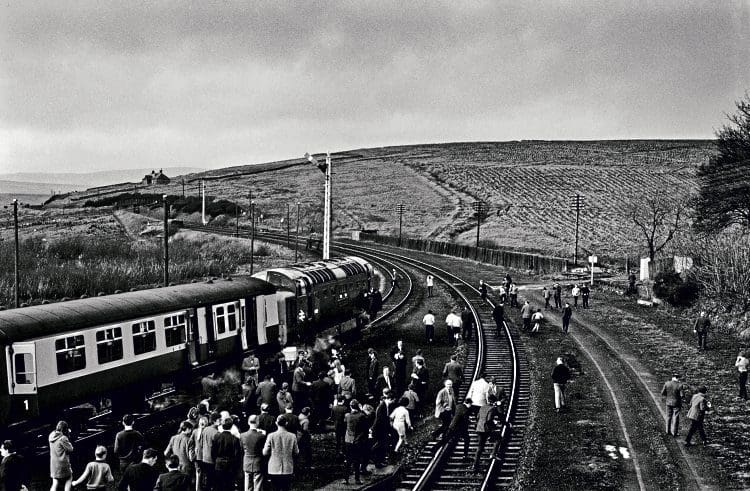 The protesters reluctantly agreed and after more than an hour’s delay, the gates were finally opened and the train was allowed to continue on its journey south.

BR was determined to close the line and only two days later arranged a track lifting ceremony. A section of track from the up line near Riddings Junction was symbolically removed. There was an attempt to save the line when the Border Union Railway Company was formed and offered shares to be purchased, I like many others bought some.

The group was led by TV presenter Bob Symes and planned to purchase German steam locomotives to operate the services. BR was asking for a deposit of £250,000 and when the company asked for more time to raise the funds, it was told £8,000 a month interest would have to be paid. Sadly, negotiations were abandoned and by 1972 most of the track had been removed.