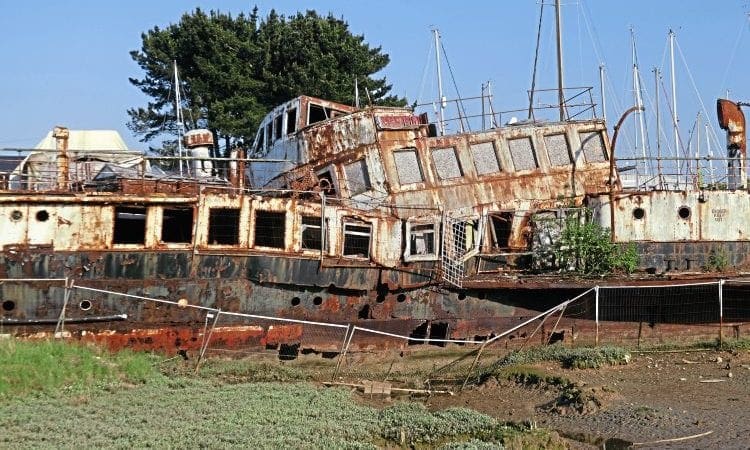 LAST November, Lisa-Marie Turner announced fundraising plans to find the estimated £5000 to pay for a detailed survey of the paddle steamer Ryde lying at Island Harbour Marina between Cowes and Newport. This was the second stage of her rescue plan for the historic vessel.

The Southern Railway ordered PS Ryde in 1936 and it entered service in 1937 after being built by William Denny & Bros at Dumbarton, which built many SR ships. It weighed 566 tonnes, measuring 223ft x 52ft and was built for working across the Solent and carrying up to 1050 passengers, which it did until 1969. In its last few years it was only used in the peak summer months as a relief vessel.

After a week of sailing on charters on the Thames from Tower Bridge in September 1969, the steamer moved to a berth on the Isle of Wight, midway between Newport and Cowes and was used variously as a marina clubhouse and then a nightclub.

The vessel was fire damaged in 1977, but was repaired and was used as a nightclub.

Despite falling into disrepair in the last 20 years or more, the ship is listed on certificate No. 61 on the National Historic Ships Register, because its World War Two activities initially saw it being used as a minesweeper and, from 1942, as an anti-aircraft vessel taking part in the Normandy landings. It re-entered passenger service a year later in 1945.