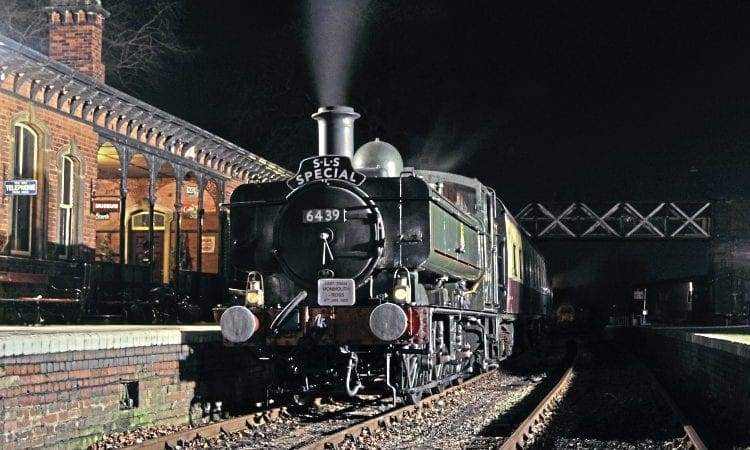 GWR pannier tank No. 6430 will make its final appearances during its current loan visit to the Battlefield Line during the February half-term period.

The Llangollen Railway-based locomotive will run on February 16, 17, 20, 23 and 24 in the Battlefield Line’s first-ever February services. The line’s diesel railcar will also
run on February 19 and 21.

In early January, No. 6430 took centre stage on the line in a photographic charter to mark 60 years since the closure of the GWR lines from Monmouth to Chepstow and Monmouth to Ross-on-Wye on January 5, 1959.

The line to Chepstow opened in November 1876 and the line to Ross-on-Wye in August 1873. To mark the closure, on January 4, 1959, the Stephenson Locomotive Society (Midlands Division) ran a railtour from Chepstow to Ross and return, before running along the branch from Caldicott Junction to Sudbrook pumping station and finishing at Severn Tunnel Junction.

An eight-coach set of Collett and Mk.1 carriages was topped and tailed by beautifully-polished Collett 64XX pannier tanks Nos. 6412 and 6439.