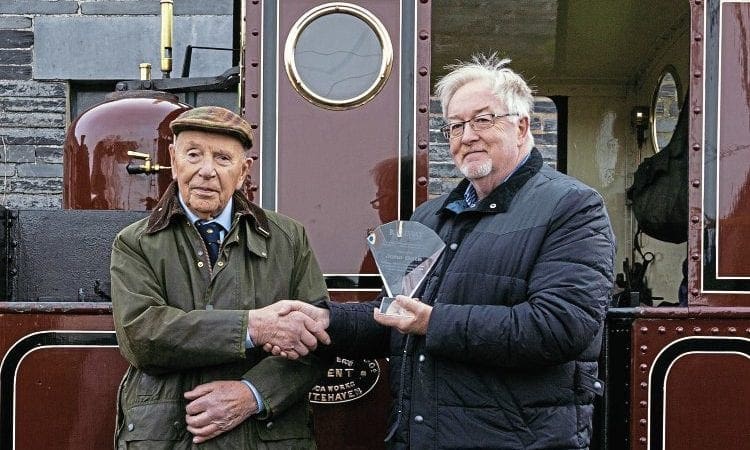 THE stunning restoration of North Eastern autocar No. 3170 and the extension of the Gloucestershire Warwickshire Railway have both won two major awards at the annual Heritage Railway Association dinner.

There were awards in a record 15 categories, which included a completely new award recognising the contribution of a young volunteer.

The NER 1903 Electric Autocar Trust won the Rail Express Modern Traction Award for its restoration of the pioneering 1903 NER Autocar, the first railway vehicle to combine an internal combustion engine with a generator and traction motors, and at the end of the evening took the prestigious Manisty Award, which acknowledges an outstanding contribution to railway preservation.

Also taking two awards was the Gloucestershire Warwickshire Railway for the completion of its extension to Broadway, which opened at Easter 2018, and has seen an upsurge in passenger numbers.

The G-WR won the Steam Railway award, which was decided by reader nominations, and also landed the Annual Award for Large Groups for its Broadway Station project.