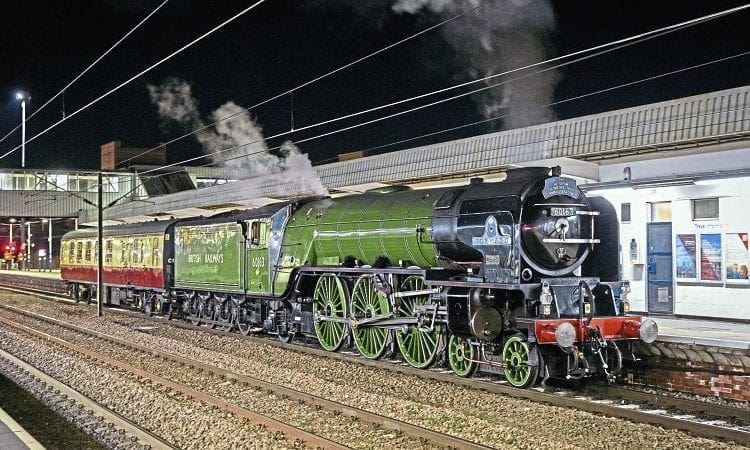 THE A1 Steam Locomotive Trust was forced to cancel Tornado’s main line comeback trip after it sustained minor damage while on its eagerly-awaited test run.

No. 60163 had been undergoing repairs at Wansford shed on the Nene Valley Railway following its failure while hauling ‘The Ebor Flyer’ on Saturday, April 14 last year because of damaged inside motion. The trip from King’s Cross to York was meant to be Tornado’s first public 90mph run, although speed was ruled out as a cause of the failure.

While at the NVR, the A1 undertook trial runs over the heritage line and also hauled public services during the festive season.

In a statement , a trust spokesman said: “It is with considerable regret that we have to announce that the ‘North Briton’ will not run on Saturday, February 9.

“Following its test run from Peterborough to Barrow Hill, it was shown that No. 60163 had some damage to a motion bush as a result of a minor deflection of the combination lever on the driver’s side.