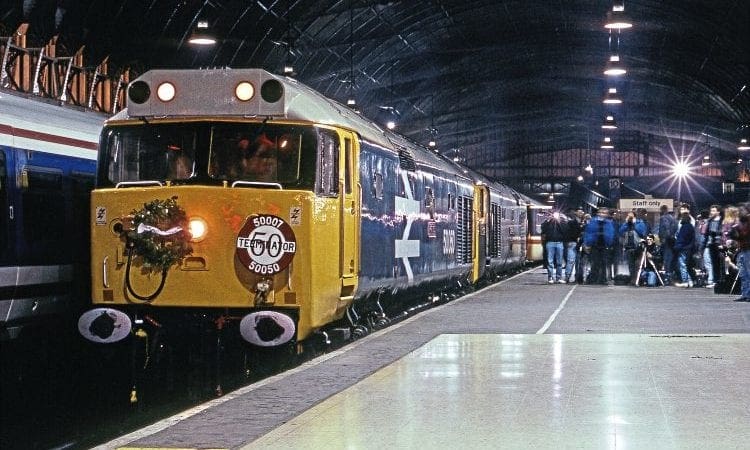 With their horns blaring, Class 50s Nos. 50007 Sir Edward Elgar and 50050 Fearless drew to a stand at the stops at Paddington on March 26, 1994 bringing to an end the life and times of the ‘Hoovers’ on national metals.

The aptly-named ‘50 Terminator’ tour was the last passenger service for the English Electric-built machines, which had spanned 27 years. Or so it seemed at the time.

The infamous diesel ban for preserved diesel traction was still in force then, with British Rail engineers continuing to maintain that they did not have the resources to inspect a preserved diesel in sufficient detail to guarantee it was fit or safe enough to run.

of the railways was looming, however, which had the effect of renaming ‘preserved ’ as ‘privately-owned ’. As long as loco owners could tick all the boxes regarding compliance, then there were no longer any barriers.

Read more in the January issue of Rail Express, on sale now.