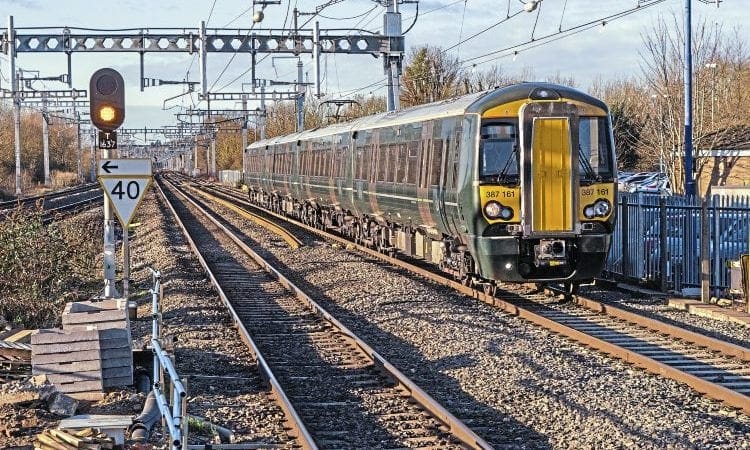 In the third and final instalment, Keith Farr concludes his analysis of the steam-to-electric transformation the Great Western Main Line has undergone in the Thames Valley.

Part two of this series ended with a brief eulogy of Class 387s, the electric trains that have transformed stopping services between Paddington and Didcot. The new EMUs are proving fast, reliable, and able to regain time on schedules not yet fully reflecting the trains’ potential.

Electrification has been a long time coming to the Great Western. Many years ago, when I mentioned its possibility to a BR Western Region manager, his response was a dry “we don’t want it”; such was the ‘nose-cone’ success of the diesel InterCity 125.

Cynically, one could even blame the ‘125s’, arguably the saviour of BR’s long-distance passenger traffic, for putting a brake on electrification. Yet the overhead wires had already reached Airport Junction, Hayes, providing a ‘foot in the door’.

In 2009, then Prime Minister Gordon Brown authorised electrification from Airport Junction to Bristol and Swansea. The Windsor, Marlow and Henley branches, the ‘Berks & Hants’ as far as Newbury, and Didcot to Oxford would be included.

The subsequent saga is well-known: costs exceeded budgets, progress wavered and, in 2015, Transport Secretary Chris Grayling gave up. Electrification of the branch lines east of Reading, plus Didcot to Oxford, Thingley Junction (Chippenham) to Bristol, and Cardiff to Swansea, was cancelled or, at best, postponed. This left just Hayes to Thingley Junction and Cardiff.

Didcot to Oxford, however, is a special case. The 10¼ miles of double track is a bottleneck; on weekdays, off-peak, it copes with six passenger trains and at least two freights every hour in either direction, while Oxford station itself also handles two Chiltern line arrivals and departures, using the Up side north end bays.

The layout has already been improved: Chiltern trains now use separate tracks; the (northbound) platform 4 line is bi-directional; speed limits have been raised; and a Down relief line has been installed to just short of Wolvercote Junction, where the North Cotswold route diverges.

Further, long-term proposals include turning platform 4 into an island and, possibly, a similar conversion of the Up platform. Obviously, the wires cannot go up until the revised track layout is complete.