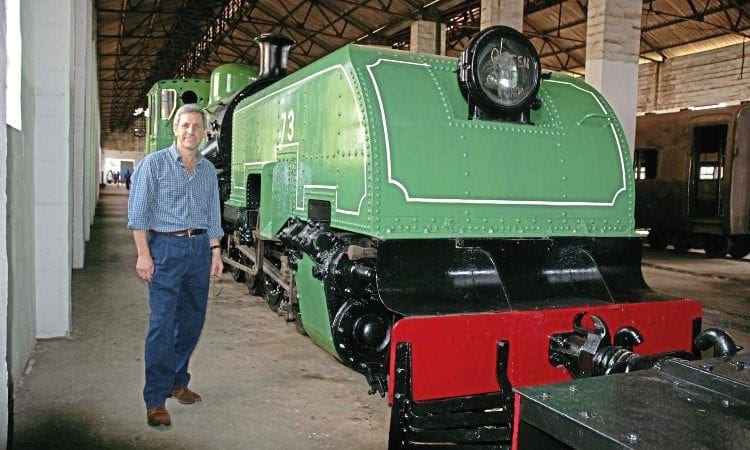 If ever a place deserved to rise from the ashes, then it is Sierra Leone’s National Railway Museum (SLNRM). Nicola Fox tells the fascinating history of a museum, whose locomotives were less than a week from being scrapped, plus its on-going British connections.

On the western coast of Africa lies a small country with a fascinating but turbulent past. The last 200 years have seen Sierra Leone established as a colony for freed slaves, taken under British protection in the colonial era, achieve independence in the 1960s, survive a brutal civil war, and emerge as nation eager to move forwards.

Sierra Leone may be small relative to the vastness of the African continent (in excess of 30million square kilometres), but with a similar land mass to that of Scotland and a larger,
fast-growing population, this African nation is worthy of note, not least for its railway story.

The earliest railway proposal dates back to 1872 when Sierra Leone was a British colony and protectorate. However, it wasn’t until 1893 that a suitable proposal was accepted and work could begin.

The line began in Freetown on the coast and headed in a largely south-eastern direction, stopping just short of the border with Liberia and, including branch lines, it stretched for 300 miles. Unusually for a line of this length, the gauge was set at 2ft 6 in, and never altered.

There were a number of notable viaducts, including the Orugu Bridge, a steel trestle built on a curve outside Freetown, a spectacular sight that sadly recently fell prey to scrap metal thieves. Unsurprisingly for a line built under British rule, everything required for it was built in Britain and shipped overseas for construction.

The line was known as the Sierra Leone Government Railway (SLGR).

Delivered in 1897, ahead of the March opening date, the railway’s first two locomotives were Hunslet 0-6-0 tank engines, which were followed by 2-6-2Ts also from Hunslet.

This later design proved so successful they were still being supplied to the railway as late as 1954. Manning, Wardle & Company also provided an 0-4-0ST in 1915, which became known as ‘Nellie the engine’!