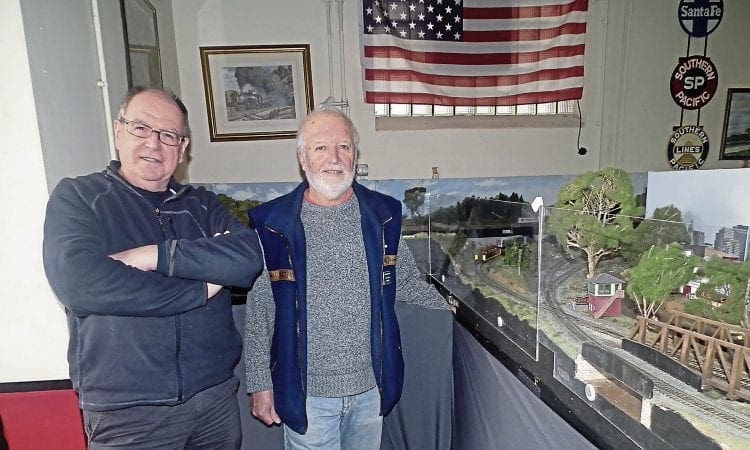 Pete Kelly pays an out-of-season visit to the Crewe Heritage Centre to see what remains of the massive junction of his youth, and is surprised to discover that the railway modeller will also find something of interest there.

So rapid is the pace of change these days that it can be a terrible mistake to revisit treasured childhood railway haunts which for many years have remained in the mind’s eye just as they used to be – and a February visit to the Crewe Heritage Centre to focus on the model railway layouts that can be found there brought for me the shocking discovery that, at the very spot where immaculate locomotives once emerged from the vast and sprawling Crewe Works, a huge Tesco store now stands, completely hiding the centre from main road view.

I’d been invited for a behind-the-scenes look around the centre by my old friend Mike Lenz, who back in the early 1980s introduced me to the Northwich-based 8E Association (now the 8E Railway Association) when he was its membership secretary during my Steam Railway days.

Following the closure of Northwich shed in November 1984, the association’s steam servicing facilities first moved to Chester, and then in 1987 to the Crewe Heritage Centre, where a number of its old members remain as active volunteers.

Since 2007, Mike has been the part-time paid manager at the centre, and has seen its fortunes turned around substantially over the past 11 years due to the hard-working band of volunteers, some of whom I met on the day.

We met up at the Crewe North Junction signalbox, which is now part of the Heritage Centre,  just in time to witness the departure of ‘Black Five’ 4-6-0 No. 45231 The Sherwood Forester making a clean getaway on a test train to Chester (via Beeston Castle) in preparation for its first main line tour after overhaul.

For the full article and to view more images, see the March 2019 edition of Modelling – available now!