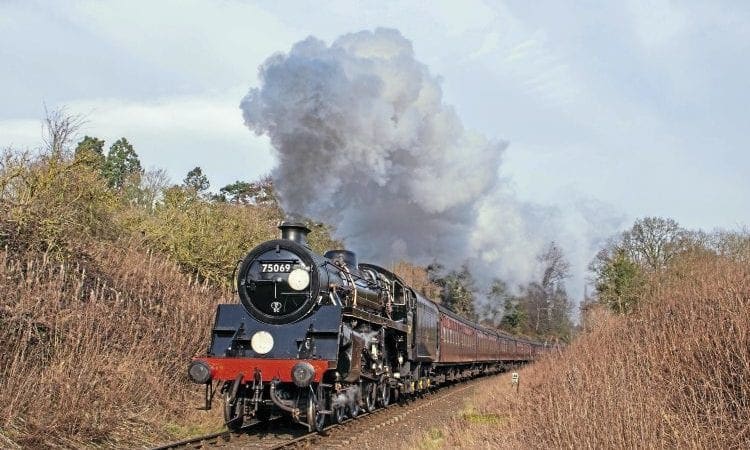 Riddles ‘4MT’ 4-6-0 No. 75069 officially entered traffic at the Severn Valley Railway over the weekend of February 16-17, some 25 years after being withdrawn with significant boiler issues.

The double-chimney Standard – always a popular SVR performer prior to 1994 – made its official return to service on February 16, resplendent in full-lined BR black livery.

It marked the culmination of a major overhaul that began in 2013, which has seen the loco receive a new boiler barrel and extensive firebox renewal, plus new pipework, cab, dragbox, smokebox and chimney, not to mention repairs to the tender.

The loco is pictured passing through Oldbury Cutting on February 17 with the 10.30 from Bridgnorth, carrying appropriate Southern Region headcode discs. KENNY FELSTEAD

Read more News and Features in the March 2019 issue of The RM – on sale now!