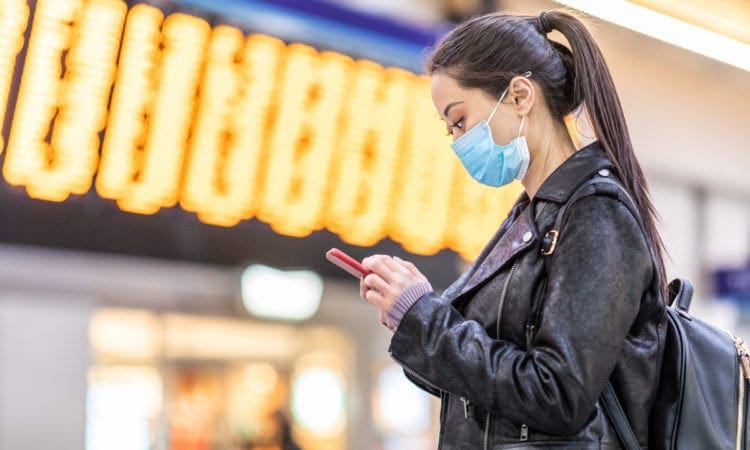 The government has announced an end to rail franchising in a major shake-up for the rail network.

A series of Emergency Recovery Management Agreements replaces the current model, focusing on high performance targets, simplifying journeys and address the continuing impact of the pandemic on the railway.

Transport Secretary Grant Shapps says the “simpler, more effective structure” will take shape over the coming months. Today, operators will move onto transitional contracts to prepare the ground for the new railway.

As a result of low passenger numbers, emergency measures to cover the losses of rail firms have been extended by 18 months. They reduce the fees that can be earned by the companies but will mean that trains are still able to run, even with fewer passengers.

The announcement marks the ‘end’ of rail franchising after 24 years.

When the UK went into lockdown in March, the government agreed to pay the losses of rail companies which had been hit hard by falling ticket revenue – meaning trains could still run despite very few passengers.

Since then, passenger numbers have risen but they are still less than half their pre-pandemic levels.

The Department for Transport has taken on franchise holders’ revenue and cost risks since March, at a cost to taxpayers of £3.5bn – and “significant taxpayer support will still be needed”.

The Transport Secretary, Grant Shapps, said: “The model of privatisation adopted 25 years ago has seen significant rises in passenger numbers, but this pandemic has proven that it is no longer working.

“Our new deal for rail demands more for passengers. It will simplify people’s journeys, ending the uncertainty and confusion about whether you are using the right ticket or the right train company. ”

The agreements will include “tougher” performance targets and lower management fees, set at a maximum of 1.5% of the cost base of the franchise before the pandemic began.

Mr Shapps added: “It will keep the best elements of the private sector, including competition and investment, that have helped to drive growth, but deliver strategic direction, leadership and accountability.

“Passengers will have reliable, safe services on a network totally built around them. It is time to get Britain back on track.”

Until passenger numbers return, significant taxpayer support will still be needed, including under the transitional contracts announced today. But the reforms will enable substantial medium and longer-term savings for taxpayers.

Keith Williams, who led the Williams Review into Britain’s railways, said: “These new agreements represent the end of the complicated franchising system, demand more from the expertise and skills of the private sector, and ensure passengers return to a more punctual and co-ordinated railway.

“I am ensuring the recommendations I propose are fit for a post-COVID world, but these contracts kickstart a process of reform that will ensure our railways are entirely focused on the passenger, with a simpler, more effective system that works in their best interest.”

They will continue to receive substantial taxpayer’s support and a White Paper, to bring in reforms from the Williams Review, will be published later.

‘Stepping-stone to a better railway’

Paul Plummer, Chief Executive of the Rail Delivery Group, said: “We welcome the ongoing support to keep trains running for passengers and the government’s confirmation of an end to the franchise system, which we have long been calling for.

“These transitional contracts should be a stepping-stone to a better railway. This needs to harness the experience, innovation and investment private sector operators bring, with local train companies taking the decisions that affect their passengers. It should be overseen by a new guiding mind for the whole industry and underpinned by a simpler to use fares system.

“A renewed and reinvigorated partnership between the public and private sectors will be the best way to improve services and help regrow the market for train travel which is good for economic recovery and the public finances. Combined with the measures the industry is taking to keep trains clean, this announcement means people can continue to travel with confidence.”