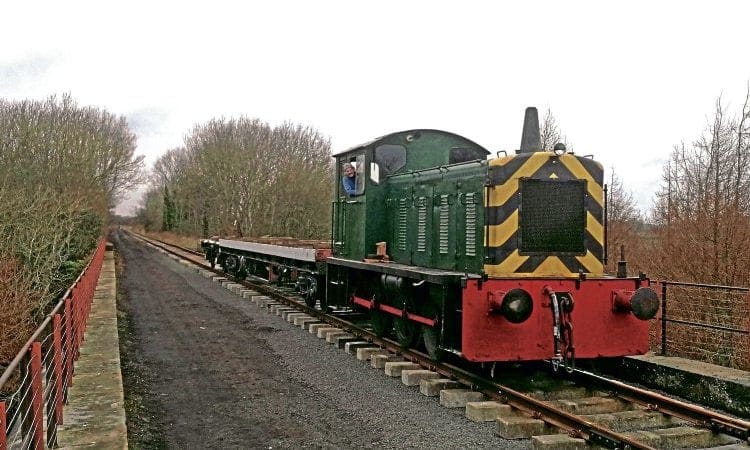 Nearly 53 years ago, in June 1966, BR fireman Kenny Middlemist from Alnmouth shed last worked on a steam locomotive over the Cawledge Viaduct on the Alnwick branch.

Alnmouth-allocated K1 2-6-0 No. 62011 hauled the branch passenger train set on the morning of the last day of steam-hauled passenger services on the line. His driver on that particular shift was Bob Jamieson

After his BR career, he became a driver at Whittle Colliery, south of Alnwick, where he drove both steam, and later, diesel locomotives between the colliery and the exchange sidings adjacent to the East Coast Main Line.

The laying of track by the AVR’s track team, over the viaduct and into the site of the future Greenrigg Halt, gave Kenny, now 75, the opportunity of taking a works train over the viaduct.