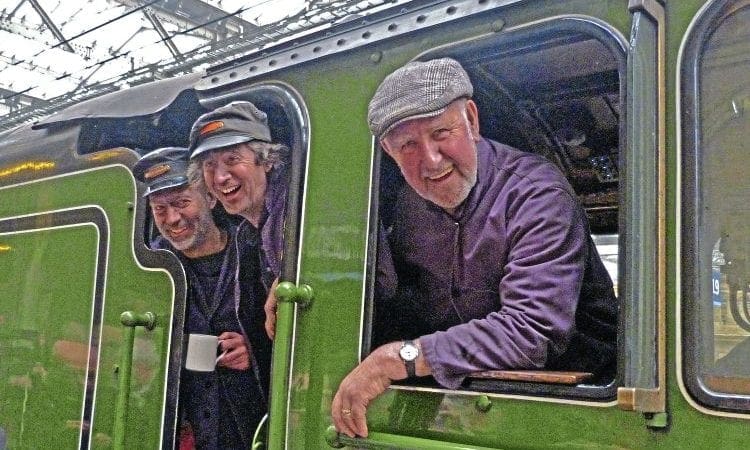 Peppercorn A1 Pacific No. 60163 Tornado made its first main line passenger-carrying run for nearly 11 months on Sunday, March 3, hauling The A1 Steam Locomotive Trust’s ‘The Auld Reekie’ from Doncaster to Edinburgh.

The A1 has been off the main line since its mishap while hauling the ‘Ebor Flyer’ from King’s Cross to York on April 14 last year. Repairs, mainly at the Nene Valley Railway, and recertification have taken longer than expected.

The trip was also an opportunity to stretch its legs back on the East Coast Main Line nearly a year after its operational disaster further south. Driver Steve Hanczar and fireman Steve Matthews were the crew to Durham, where Tony Jones took over the firing to Berwick. Here, Steve and Tony exchanged roles. Bob Hart was the traction inspector throughout.