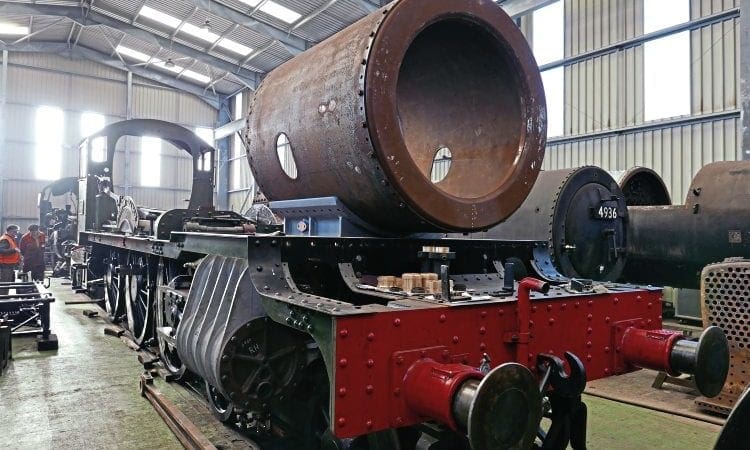 New-build No. 6880 Betton Grange has spent the winter at Tyseley Locomotive Works following the completion of boiler work there in order to finish off a number of other outstanding tasks prior to its return to Llangollen, where it should steam for the first time this summer.

As is often the case with any restoration or overhaul, delays occur and new-builds are no different in this respect, perhaps due to late-running deliveries, or because of pressure of work on other late-running contract work on other groups’ locomotives.

Sometimes it is down to finding out that more work is required than was originally envisaged, which in turn may mean additional funds are required for unbudgeted work.

In the case of Betton Grange, it has been a mixture of all these things. Although the boiler from Modified Hall No. 7927 Willington Hall was considered to be sound and the group received the unexpected bonus of being able to reuse several firebox stays that were still in serviceable condition, the extent of putting on the front part of the boiler barrel hadn’t been appreciated and a new section had to be made, putting the project back several months.