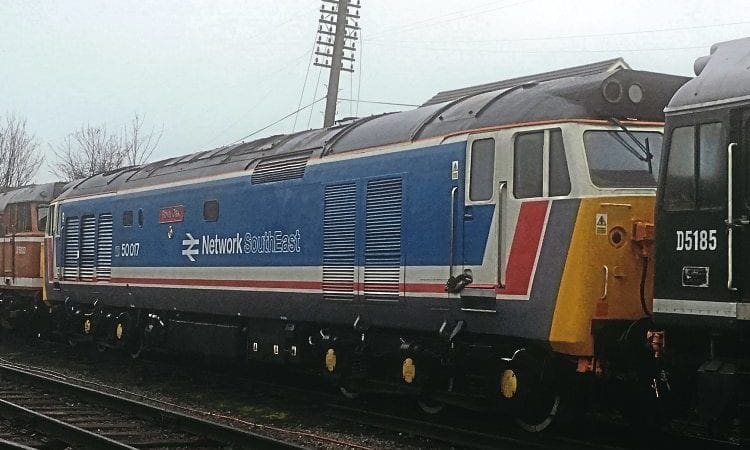 Class 50 No. 50017 Royal Oak – bought from Boden Rail by the Great Central Railway – has been delivered to the line and is set to make its debut at the April 13-14 spring diesel gala.

The ‘Hoover’ was brought by road from Boden Rail Engineering’s new Nottingham Eastcroft site and is currently being stabled at Loughborough.

In operation condition, it was being used for driver training prior to the gala.

Read more News and Features in Issue 252 of HR – on sale now!