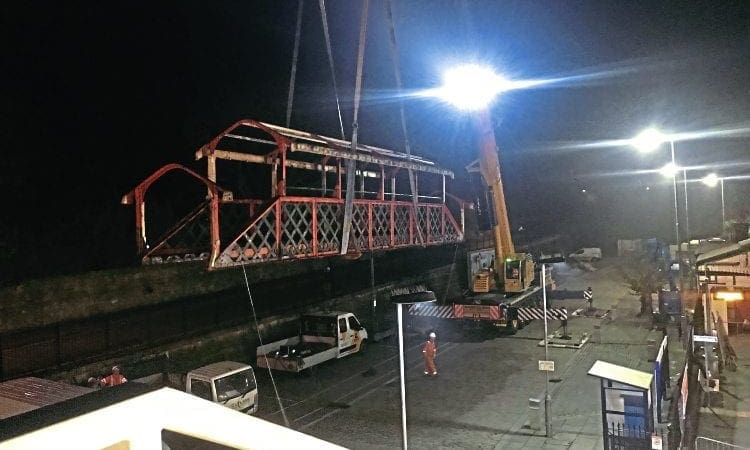 ST AUSTELL station’s landmark GWR footbridge is to stay in Cornwall after all – having been moved to the award-winning Helston Railway.

There had been calls for the 1882 riveted iron lattice footbridge to remain in the duchy as part of its heritage, despite it being superseded by a new £500,000 fully-accessible footbridge five years ago. When the new bridge opened, the old one was closed, cordoned off and faced an uncertain future.

Following the decay of the bridge, it was deemed unsafe for it to remain over the West of England Mainline and an application by Network Rail to English Heritage in December 2017 to remove its Grade II listed building status proved successful.

At one stage, there were plans to gift the footbridge, which sat within the St Austell Conservation Area, to the Bala Lake Railway, which is building a new extension to take the 2ft gauge line into the town centre half a mile away.