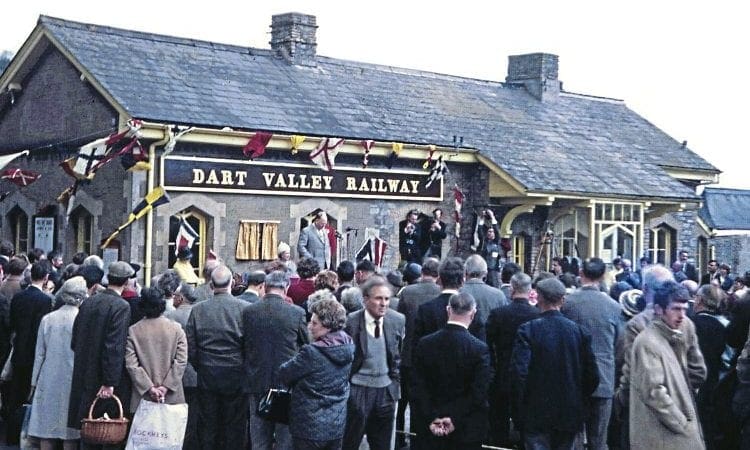 While there will be many activities and events going on throughout the year to mark 50 years since part of the GWR Ashburton branch reopened as the Dart Valley Railway, the key centrepiece events are the April 6-14 steam gala and the July 19-21 diesel gala, the South Devon Railway has confirmed.

Two locomotives which were based at Buckfastleigh in the early days will be revisiting the line.

A return to Oxford in September 1959 was followed by further reallocations to Exeter (July 1962), Taunton (November 1963) and Yeovil Town (October 1964) before a final move to Exmouth Junction in February 1965.

The 1935-built auto tank spent its early life in preservation at the Dart Valley and following its sale moved to the Dean Forest Railway, ending up at the Severn Valley Railway in March 2014.

It will be joined by Hugh Shipton’s auto-fitted GWR pannier No. 6430 from Llangollen.