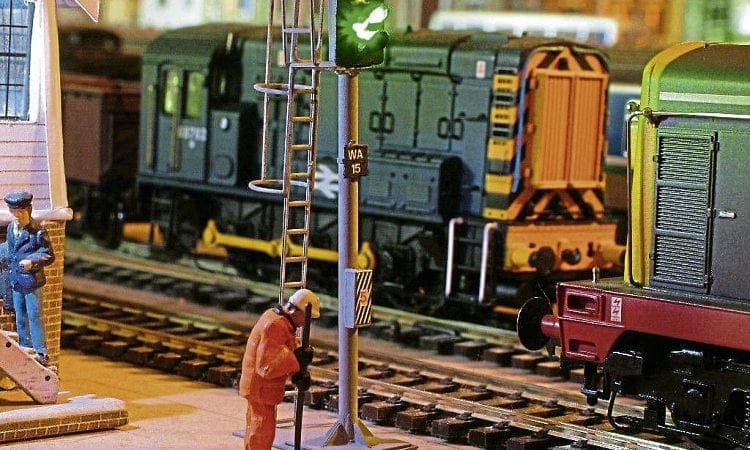 Pete Kelly heads off to Rotherham to visit the busy but welcoming premises of CR Signals.

As with many successful firms producing the fast-developing miniaturised gadgetry that many of today’s railway modellers crave, CR Signals of Rotherham, South Yorkshire, started off as a hobby well over a decade ago when keen railway modeller Paul Foulds began scratch-building working N-scale colour light signals for himself as a spare-time activity.

It didn’t take long for fellow enthusiasts admiring his craftsmanship to suggest that he start making a few more and selling them on eBay. He took their advice, and more and more intricate items, including platform, yard and street lighting, followed.

It was all leading inexorably towards setting up in business on his own, and as things began to expand, he took on Martin Thomas, who’s now been with him for nine years, concentrating mainly on the near-microscopic business of constructing all kinds of two, three and four-aspect colour-light signals, including platform signals and yard ground signals.

Other lighting applications, including cab and carriage lighting, followed, and as the reputation of CR’s quality and craftsmanship grew, so did the workload. Martin now works alongside Paul’s son Chris, whose main activity is fitting DCC and sound while Martin concentrates on the lighting side of things.