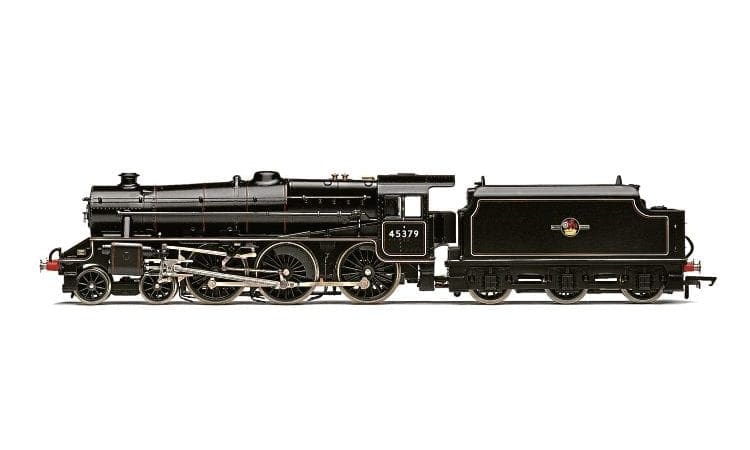 The plethora of limited-edition locomotives and rolling stock that’s now available from a growing variety of outlets both large and small is an unstoppable aspect of railway modelling today.

‘Delectably Different’ will become a regular RMM feature, so whether you’re a manufacturer, wholesaler or small model shop, don’t forget to send us the information and photos about what’s coming next straight away.

Hardly a month goes by without The Railway Magazine Guide to Modelling receiving exciting news about yet another commission for a limited-edition locomotive or rolling stock item.

No sooner are they announced than the pre-orders start flooding in, and sometimes a particularly desirable strictly limited item can be virtually sold out before the model even
reaches the shops.

Sometimes you have to be a member of a club such as the N Gauge Society in order to buy exclusive models, and only days before we went to press with this issue, news came in from the Bachmann Collectors’ Club of a members-only N-scale Class 08 diesel shunter in the guise of No. 878 Basra in the dazzling blue and red livery of the Longmoor Military Railway.

At a price to members of £109.95, the model has been produced in a strictly limited run of just 504, and naturally each one will come with its own certificate of authenticity.

The Bachmann Collectors’ Club produces a large range of limited-edition models for its members, and the latest release, based on the popular Graham Farish Class 08 model, features a highly detailed body with numerous separately fitted parts. The chassis incorporates NEM coupling pockets, and an accessory pack is included with additional buffer beam detailing parts.

Basra joins a growing number of LMR-themed models from Graham Farish, with the 2015 Longmoor Military Railway Train Pack now highly sought-after, and the WD 2-8-0 No. 79250 Major-General McMullen (372-429) due for release later this year.