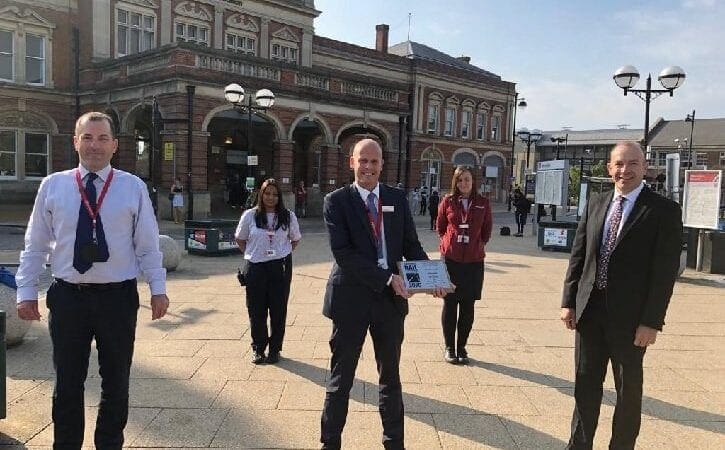 Norwich rail station has been crowned ‘Large Station of the Year’ at the National Rail Awards 2020.

The award comes after train operator, Greater Anglia, restored Norwich station’s ornate ceiling, repainting it in heritage colours to add the finishing touches to the redevelopment of the concourse which was carried out in 2017 and further improvements in 2018 and 2019.

“The fabric of a building is one thing, but it’s our people who make the big difference. So, I’m delighted that all the people that work in and operate from the station, as well as those who worked so hard to improve it, have been recognised for a job well done.

“Investing in upgrades to stations across the network is extremely important to Greater Anglia, demonstrating our commitment to providing excellent facilities and service to our customers.”

In 2017, Greater Anglia invested over £3 million in transforming the station concourse.

Norwich station is also benefited from a complete electrical rewire and replacement of the lighting on the concourse and platforms.

Last year, over 4.2 million entries and exits were recorded at the station from January to December 2019, meaning over 40,000 people passed through every week, according to data from the Office of Rail and Road.

It’s the third time in four years that Greater Anglia has received the Large Station of the Year Award, following on from recognition for Cambridge station in 2017 and Ipswich station in 2018.

The operator was also Highly Commended in the Innovation category for the accessibility benefits of its new Stadler bi-mode trains, which have a low floor and a retractable step – which automatically bridges the gap between the train and the platform when at a station.

The retractable step sets a new benchmark for accessible rail travel in the UK.

It means that passengers using wheelchairs or mobility scooters, older customers, or those with pushchairs or heavy luggage can now board independently, without the need for ramp assistance at the majority of Greater Anglia stations on its regional, intercity and Stansted Express routes.