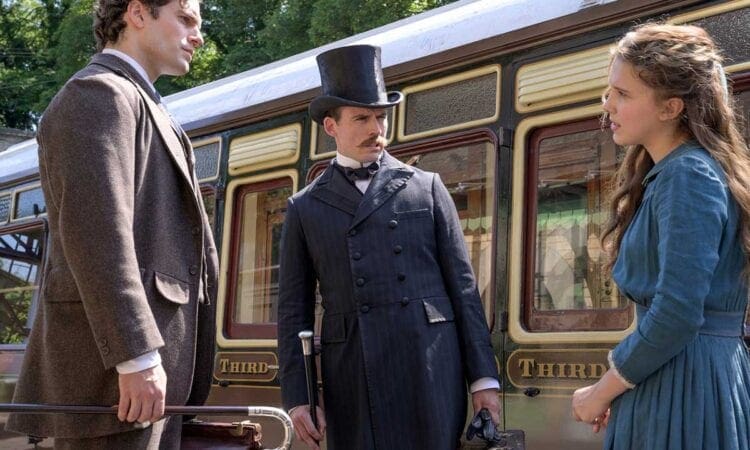 During an intensive three days of filming last year, the Severn Valley Railway “were sworn to secrecy” as they hosted the star-studded cast.

The film showcases Kidderminster and Arley stations, along with steam locomotive No. 2857 and several vintage carriages, all of which are currently in use on the railway as part of regular services.

Filming for Enola Holmes took place in July 2019, under extremely tight security. Duncan Ballard, the Severn Valley Railway contracts manager, made arrangements for the production company and was lucky to get close to all the action:

“We were sworn to secrecy about the whole project, although it caused quite a stir when the film crew was here. It was exciting to see the stations transformed into fictional locations for the film.  Although they look a little different on camera, they are clearly recognisable as ‘ours’. The production company chose to use locomotive 2857 because it had exactly the look they were after, and our ‘toplight’ carriages also fitted in well with their plans.

“Catching a glimpse of the actors was definitely a thrill. The Severn Valley Railway has hosted many film and TV crews over the years, but you can’t help being impressed when so many top Hollywood stars come to Kidderminster.”

Helen Smith, general manager added: “Appearing in such a high profile film is a great boost for us, and it’s certainly attracting visitors who want to see the locations and rolling stock that were used in the movie. I highly recommend the film to anyone who loves a great adventure story, and especially those who love to see heritage trains in action.  I must admit to closing my eyes in one scene where one of our precious carriages appears to suffer some serious damage, and all I can say is thank goodness for special effects.”

Filming for Enola Holmes at the Severn Valley Railway took place between Kidderminster and Arley in July 2019 and that section of the line was closed to the public. Kidderminster Town became Basilwether station, with parts of the concourse repainted into maroon. The buildings at Arley were repainted green, and the station was renamed as Ferndell.

The railway is operating at weekends and throughout half term week in October, and tickets can be booked at www.svr.co.uk.

Arley station, which is featured in the film, is currently closed to the public, but can be seen by passengers as they travel through.